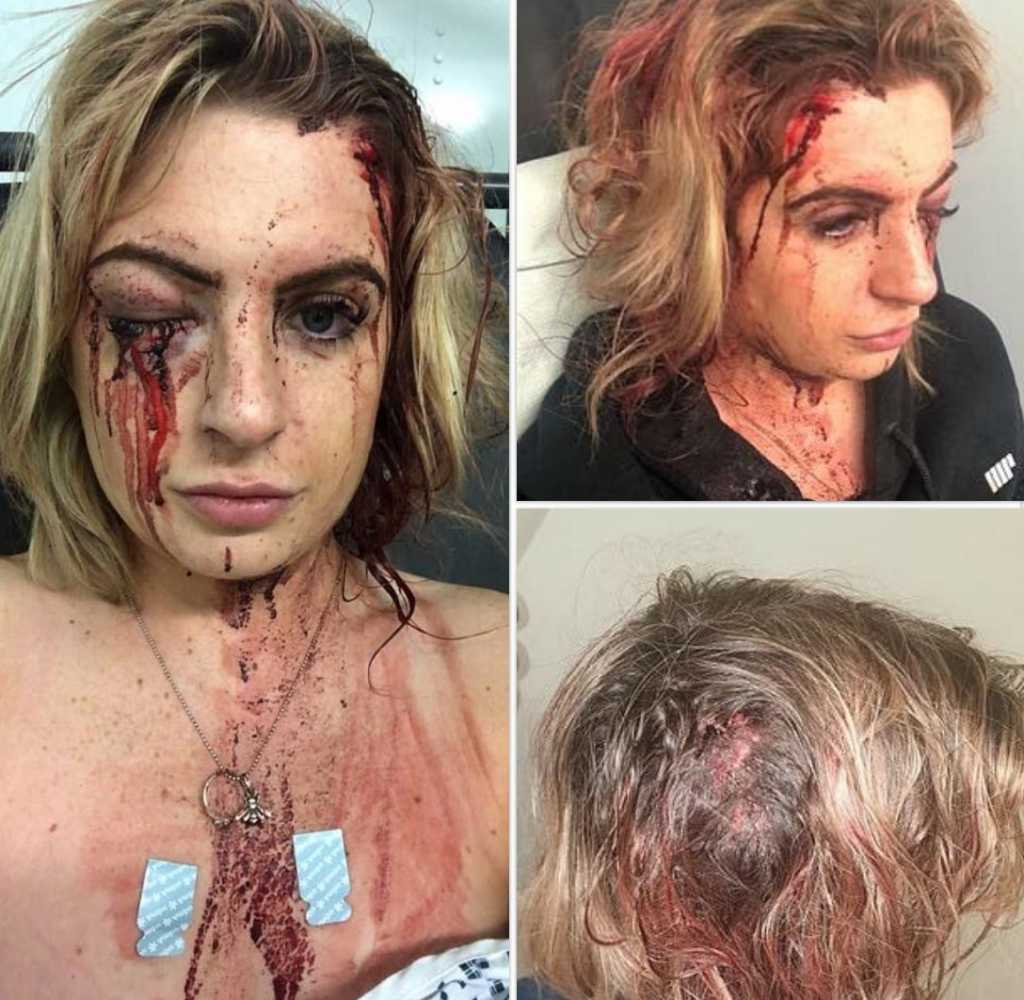 A local gymgoer was attacked with hammers by thieves as they stole her car.

Blythe Mason-Boyle had just left the Énergie Fitness gym on Coventry Road In Sheldon on Tuesday evening (19 March) when she was attacked by two men beside her Audi A1.

She suffered a gash on her head and a fractured eye socket in the sickening attack.

Blythe shared pictures of her injuries on Facebook in an effort to warn people to be on their guard against thieves.

In her post she said: “So last night at around 8pm whilst leaving the gym I was attacked by two men with hammers for the sake of an Audi A1.

“Ladies and Gents please all be extra vigilant when getting into your cars after dark. Take that extra bit of time to check your surrounding area and study the people around you. Stay safe, you never know what’s around the corner!

“If anybody saw anything between 8:00 and 8:05 by Énergie fitness sheldon gym please contact me!”

The photos have been shared over 17,000 times and have left many people outraged.

A fundraiser has now been set up for Blythe to help with her recovery with a target of £1,000.

The fundraiser states: “On the evening of the 19th March 2019 Blythe left the gym at the Wheatsheaf just before 9pm.

“She went to get in her car and was attacked by two males with a hammer, she was beaten round the head and has been left with a broken eye socket and a bleed to the head.

“This poor girl does not want to drive anymore or leave the house. Please help with a donation so this young girl can carry on, as at the moment she can’t work for no fault of her own.”

A spokesman for West Midlands Police confirmed that a woman had been attacked on Tuesday evening.

In a statement WMP said: “Police are investigating a carjacking on Coventry Road in the Sheldon area of Birmingham just after 7.30pm on Tuesday.

‘A black Audi A1 was taken after a woman was attacked with a hammer. She was taken to hospital with injuries to her head and eye. They are not thought to be life-threatening.

‘Enquiries continue and anyone with information is asked to contact police via Live Chat at west-midlands.police.uk between 8am and midnight or call 101 anytime. Crimestoppers can be called anonymously on 0800 555 111 – quoting crime reference 20BE/67413P/19.”