‘Once in a lifetime’ changes coming to Solihull 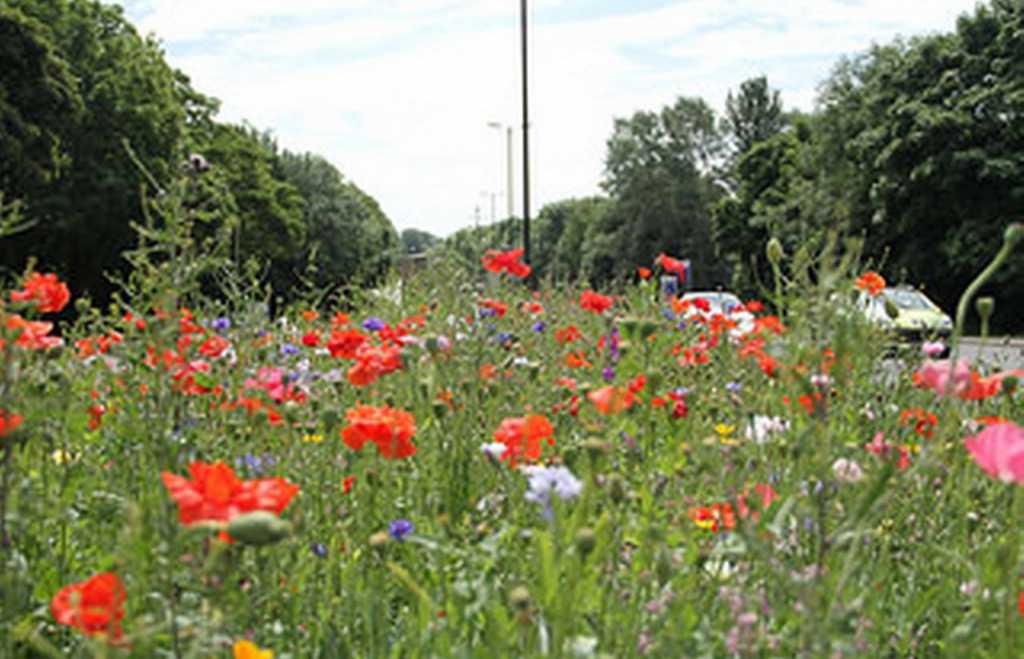 A multi-million pound project to improve Solihull’s habitats for both people and wildlife is now underway.

Wildlife Ways is a three-year scheme which aims to connect up the borough’s green spaces, encourage more species and make paths and cycleways more attractive.

The Local Democracy Reporting Service (LDRS) headed out with Solihull Council to find out more about the changes coming at sites around the borough:

“Once in a lifetime.”

That’s how ecologist Adam Noon describes the work underway to transform public spaces across the borough.

On a damp, grey April day all the talk of summer meadows and “corridors of colour” seems rather distant but under the soil and along the verge and in local parks the grassroots revolution has already started!

This particular morning we’re a short walk from Chelmsley town centre, among the locations where residents may have already seen activity in the course of the past few weeks.

On Moorend Avenue we meet Mike Eastwood who heads up the council’s Conservation of the Historic Environment, Landscape Architecture, Urban Design and Ecology team.

Long titles and technical terms are a common feature of projects as scientific as this and actually, in some cases, it’s the numbers that best show the scale of the programme. So here goes…

By 2022, around 800 trees and 3.5 million bulbs will be planted around the borough, and add to that improvements along 69km of existing footpaths and cycleways and the creation of 23km of new routes.

“It’s about connecting spaces together,” explains Mike. “And linking up all these fragmented habitats.”

“There was a report a few years ago [the Lawton review] which said that if we’re not careful we will end up with series of ‘zoos’ that are isolated from one another.”

The work to thread sites together will build on the foundations of another major programme – the Habitat and Nature Improvements Project, which has now entered its final 12 months.

Mike says that apart from bringing more wildlife to the area, improving air quality and creating more attractive landscapes, there are also hopes that the scheme will tempt more people out of their cars.

While Solihull has pushing to improve the likes of cycle routes for some years, it is a common criticism that the number of riders actually using them remains small. It is hoped this latest work could change that.

“Given that businesses are facing increasing pressures with things like car parking and there’s more traffic on the road it could make a big difference,” says Mike.

Adam, another member of the team, walks us across the road and into Marston Green Park.

A number of silver birches have already been planted here – with field maples and cherries among the native species appearing elsewhere – and alongside the path there are tell-tale signs of an intriguing effort to brighten up the verge.

Wildlife Ways will make liberal use of green hay – which may sound like a term from the farmyard but owes rather more to a hospital ward. In actual fact it is key to a process that works like an organ transplant!

Hay is taken from a “donor site” which is rich in species, in this case a thriving flower meadow in Warwickshire, and used to cultivate a similar display here in the north of the borough. Careful preparation involves making sure that even the soil types match.

“If you look at the grass at the minute you’ve got a few daisies and not much else,” explains Adam.

“It’s about increasing the number of species. At some sites you will get 40 or 50. And of course that’s all part of the food chain.

“If you start from scratch with a bag of seeds you’re not really sure exactly what you’re getting. There might be stuff from outside the country. And what comes up might not be what it says on the side.”

From the park we walk along the bank of the Lowbrook and into Alcott Wood – an ancient crop of trees which has already seen activity as part of the previously mentioned Habitat and Nature Improvements Project.

This scheme very much laid the ground for Wildlife Ways, enhancing sites which are now set to be joined up.

Adam explains how work to “punch holes” in the canopy overhead helps let in the light and encourages a greater variety of vegetation to grow on the woodland floor.

A roof of thick branches suits certain plants like brambles fine, but many other species can find themselves crowded out and new saplings don’t tend to take root – preventing renewal. A green shoot now poking up from the leaf litter apparently bodes well.

Mike says that the work in the wood is also evidence of how projects can help people too.

“Beforehand it was very dark in here and that can make people feel uncomfortable,” he explains.

As we make our way through the trees we ask what the greatest challenge is when dealing with a project of this size.

“I think the biggest challenge is getting the funding,” says Adam. “In the past we’ve had something of a wish list of things we would want to do if the opportunity presented itself.”

This opportunity in this case came as a result of more than £16 million in grant funding – around half of which flows out of the European Regional Development Fund (ERDF).

Having access to this kind of budget is rare, particularly at a time when the pots of money available to local government are hugely depleted.

Getting the community involved is also part of the process and Mike is keen that local people “understand and appreciate” the work and are involved.

To some extent the council had to learn lessons from previous woodland management work, where the sight of trees being removed in winter last year alarmed residents in places like Elmdon and Dorridge.

In response to this, the authority has pledged to do more work to explain the aims of their efforts and what projects will involve.

We emerge from the trees back onto the road where we started. Here too the verge will be lined with flowers, thanks to turf strip, and the team says it will be quite a sight.

“The contractor working on this [idverde] was involved with the Olympic Park and that was a great success,” says Mike. “We’re expecting great things.”