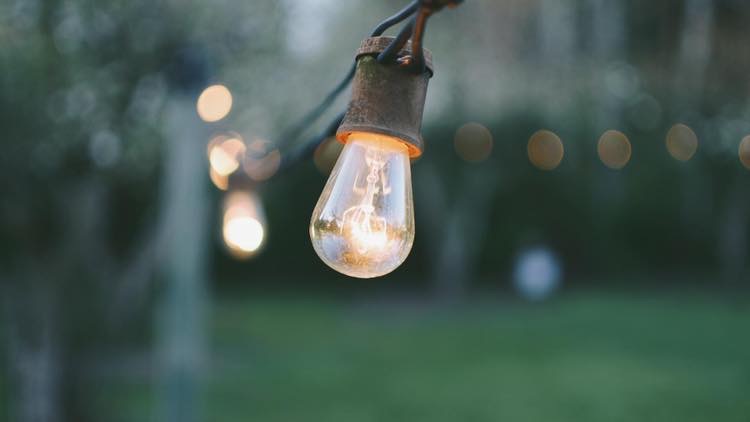 Changing street lights might not sound like the flashiest of endeavours, but Solihull has shown how the right choice – and a street-by-street approach – can help make an area more environmentally friendly.

A Friends of the Earth spokesperson said: “Since 2012 the West Midlands council of Solihull has been making greener choices when it comes to their street lights.

“A small local team have taken a street-by-street design approach, adapting wattage depending on the lighting requirements of the individual street and using LED bulbs which last longer and use less energy.

“Solihull is well on the way to replacing half of its street lamps, and council engineer Ed Bradford shares insight which can easily be adapted by other towns and councils and used to reduce carbon emissions.

“Solihull hasn’t exactly made a song and dance about the number it has been doing with street lights. It’s less Dave Hill (Slade) than the whispering folk of Nick Drake – both of them, incidentally, hail from this leafy West Midlands borough.

“Solihull’s quiet lantern revolution dates back to a review of the borough’s street lighting in 2012. The council wanted to check that it was in step with wider industry changes since it had last updated its strategy in 1998. The review identified the need to replace street lanterns – in particular more than 6,000 mercury blended filament lamps, which then formed around a quarter of the council’s inventory.”

Engineer Ed Bradford said: “At that time the industry was starting to move more and more towards using LEDs for street lighting. We took the decision to replace the mercury units with a suitable lantern.

“It was apparent from the outset that the use of LEDs to light Solihull’s streets would help save energy and therefore carbon and, ultimately, money. Light emitting diodes (LEDs) last longer, use less energy and are expected to be cheaper to maintain in the long run than older technologies. About 95% of the energy in LEDs is converted into light and only 5% is wasted as heat.

“When we were putting the strategy together in 2012 we were asked to identify savings. Lots of authorities were either considering or implementing plans to switch off their street lighting overnight. This approach was discounted at the time in Solihull as we felt we could achieve the same or a better financial outcome while maintaining the original level of service to people who travel on the borough’s road network.”

“We divided our replacement programme into different projects,” Ed explains.

“The first was the replacement of the mercury units. The first LEDs were installed in May 2014 and the project was effectively complete by April 2016. This project was prioritised, as a change in EU legislation meant that we would have been unable to buy replacement lamps.

“Having completed the replacement of the mercury units, our attention turned to the rest of our inventory.”

“We recognised that lantern technology had moved on again and we saw an opportunity to replace more than 5,000 street lights on the main roads throughout the borough with more LEDs.

“This time our agenda was not about replacing obsolete units, but about helping to deliver the Council Plan by contributing to its Medium Term Financial Strategy, through energy savings, and to its commitment to reducing carbon emissions.”

“This project began in May 2016 and was effectively complete by March 2018. Over 43% of our entire inventory, including illuminated signs and bollards now uses LED technology, against a national average of 31%.”

Looking ahead, the council is drawing up plans to replace the rest of its street lighting, “with the focus now very much about energy efficiency and carbon emissions,” Ed says.

“Our latest project to replace approximately 10,000 street lights across residential areas of Solihull started in April 2019. When this is complete over 75% of our stock will be LED.

“By the end of the programme we expect to have halved our original annual energy budget of £1.2m and improved the service to people who use the Borough’s road network.”

Each project so far has used a different type of lantern. The mercury lamps were replaced using Urbis Axia lanterns and lights on the main roads with Holophane VMAX lanterns.

The current project uses Mini Aspect lanterns. These are produced by TRT in Redditch, a local company in the West Midlands. TRT is designing each road individually based on the council’s criteria.

“The company’s commitment to the environment doesn’t end with our project,” says Ed. “They are a CO2-neutral supplier by virtue of their own in-house carbon offsetting scheme in Monmouthshire, planting and maintaining native, broadleaf species trees, a project that is certified under the Woodland Carbon code.”

The council has spent just over £4m to date delivering the programme. This has been funded through existing street lighting revenue budgets and reinvestment of energy savings. An initial sum of Local Transport Plan money was allocated in the first 2 years of the programme to kick-start the projects.

As for human resources, “We are a pretty small team in Solihull,” says Ed. “We’ll be using two in-house crews and a crew from our subcontractor to do the installation work for the latest project.”

The crews will be overseen by the Senior Engineer and Engineer within the Solihull team. They will be assisted by an administrator who updates the inventory.
“It’s a real team effort,” he says, “and with so many of our staff based in the borough there is real buy-in to what we are doing.”

The LEDs that the council is installing in the latest project have a wider range of available wattages. This means they can be more closely matched to the lighting requirements of the individual street.

Ed says this has helped reduce over-lighting and light spillage, benefiting residents and the natural environment. The space that the LEDs illuminate can be more accurately directed and this reduces light pollution compared with older units.

“We’ve been pleased with the public reaction across Solihull,” he says. “We hope this has been down to us taking the time to design each street individually so that we can get the light level right.

“Yes, we’ve had complaints along the way. But by and large this has been where people have no longer been able to see what they’re doing in their bedroom when they get up in the middle of the night!

“One of our biggest issues has perhaps been managing the expectations of those who live or use those roads where we haven’t changed to LED. Residents have seen the benefits of the programme over the past few years and often feel they’re missing out. Once we’ve explained what our plan is they are usually happy.”

As well as halving its annual energy budget and improving service to users of the roads network the council is making carbon savings.

“At the start of our journey in 2014 we had just come off a year where we had used over 12,671,256 kilowatt hours to light the borough’s road network,” Ed explains.

As it happens, as the National Grid has decarbonised in the past few years, the factor used to calculate the carbon footprint of power has changed.

Ed explains that even if that factor had stayed the same, Solihull’s street lighting would have seen a drop to 4,387 tonnes.
The reduction has helped the authority meet the priority around its low-carbon future set out in its Council Plan 2018-20.

“Through this project we’re hoping to save over 2,000,000 more kilowatt hours and more than 650 tonnes of carbon,” says Ed. He is optimistic about the prospects: “We’ve learnt from our previous projects – so we know what we can achieve. It’s the biggest project we’ve tackled. But we believe it’s realistic and deliverable through use of our own in-house operation, as well as resources provided by our sub-contractor.”

Changing thousands of old lightbulbs seems to be going smoothly. But Ed points out that it’s “not something that happens overnight. It has required buy-in and support on a continual basis from elected members and from other officers within the council.”

He highlights the support of the Cabinet Member for Transport and Highways throughout the programme. And in the early days the programme benefited from input from the Neighbourhood Services Scrutiny Board.

There are also aesthetics, functionality and cost to consider. “We’ve had to stick to consistent design principles along the way, but be flexible in considering and adopting new technology and taking advantage of an increasingly competitive market.”

Ed reflects that it’s only emerged during the course of the programme that the new technology brings multiple benefits. “At the start of the project there was perhaps less of an understanding of how we could help others deliver their objectives. The programme quietly went about its business.

“Over the past few years our case has perhaps been strengthened through a growing realisation that we can make a difference across so many different agendas, from being more environmentally friendly and helping to reduce carbon emissions, through to contributing to the wider savings agenda.”

Any advice for others looking at rolling out such a scheme? “Keep going, spend time getting designs right but keep it simple,” he says.

A Friends of the Earth spokesperson added: “Solihull has produced more than its fair share of big names with a taste for the limelight – from musicians comedians, actors. But its quiet light switch is perhaps more folk than glam rock. An equally enduring legacy is on the cards.”