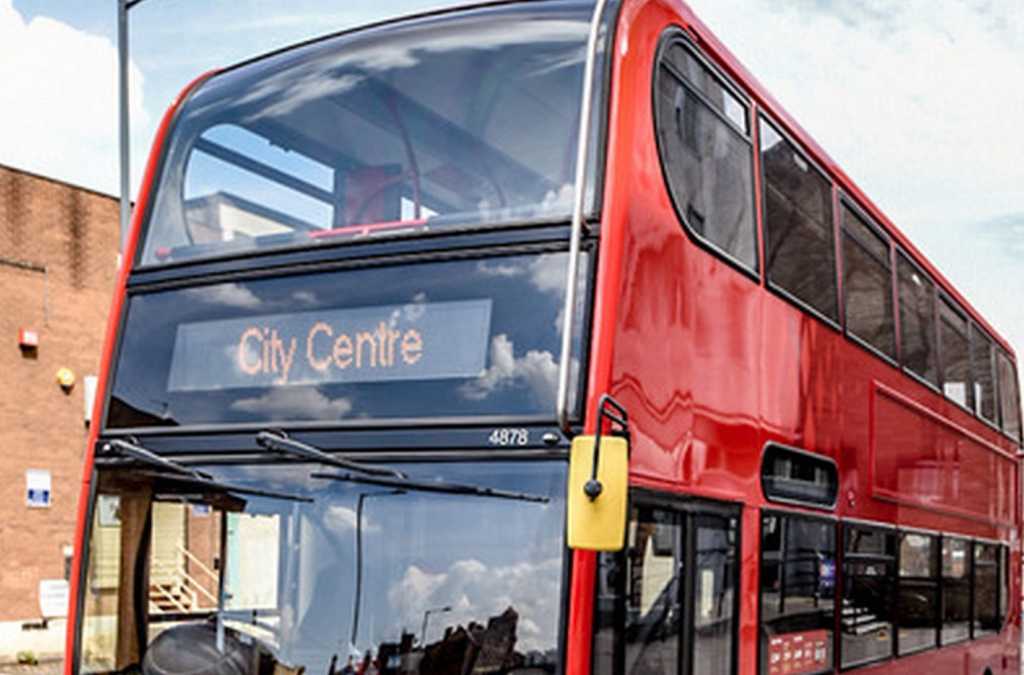 Transport bosses faced a barrage of criticism about local bus services during a heated public meeting in Kingshurst.

Last month’s event had been organised to update residents on changes to local routes, which are due to come into force on 1st September.

There are hopes the shake-up will help “right the wrongs” of a previous overhaul of the network in 2017, which was criticised for leaving the Solihull housing estate with drastically reduced connections.

Many of the 100 plus people who had packed into the sweltering Seeds of Hope hall were still seething about the changes and unleashed a torrent of questions about why buses regularly ran late or didn’t turn up at all.

Passengers also demanded answers about why certain areas weren’t served and highlighted particular problems making journeys in the evening and on Sundays.

Representatives from the bus operator National Express and Transport for West Midlands (TfWM) argued that the latest plans would “improve bus services in the local area and resolve some issues raised.”

Donna Davison, from Smith’s Wood, was cheered by fellow residents after launching an impassioned attack on services and slamming the changes to the No 94, introduced two years ago.

“Nine times out of ten I end up getting a taxi because I can’t get a bus,” she said.

Self-employed Ms Davison, who had cycled to the meeting, said afterwards that the services were “a joke”.

“I was speaking for everyone,” she told the Local Democracy Reporting Service (LDRS). “It’s a nightmare really.”

John Shakespeare, who lives just down the road from the community venue, was similarly critical.

“When they stopped the buses coming to Kingshurst they treated everybody as if they were lepers,” he said.

Sue Macdonald, a Chelmsley Wood town councillor, doubted the comments raised during almost 90 minutes of debate would be taken on board.

“It’s lip service, they don’t take any notice,” she said.

There was a mixed response to the latest changes on the horizon.

Glynis Harrison, from Smith’s Wood, was “very disappointed” that there would still be no links to Burtons Way shops or Solihull town centre for those in the Arran Way area.

Although another resident felt that the plans dealt with some of the issues that had left residents feeling cut off.

Nick Vane, from National Express West Midlands, said: “We recognise that there have been some changes made in the past which have caused some concern and we have been listening.

“This area – Chelmsley Wood, Kingshurst, up to the top end of the Solihull borough – that means about five million journeys to us per year. You are important to us. You matter.”

A Transport for West Midlands (TfWM) spokesman said that previous concerns had helped shape the plans.

“I think the proposals that have been brought forward tonight look to address some of the issues,” he said.

The meeting was arranged by borough councillors, who said anger about buses had cropped up constantly during election campaigns.

Cllr David Cole (Lab, Kingshurst & Fordbridge) said he had been campaigning for 26 months to “right the wrong” caused by the last round of changes.

Meriden’s MP, Dame Caroline Spelman, who also attended the event, said that it had given residents a chance to make their feelings known.

“We have got to be able to rely on [public transport],” she said.

Route X12: Will operate via Chelmsley Road and Cooks Lane, between Pine Square and Chester Road. Transport bosses say this will reinstate links to Birmingham, including extra early and late night journeys and provide direct services to the NEC, airport and Solihull town centre.

Route 58: Will be a new bus serving Kingshurst, replacing the 99 between Morrisons in Castle Bromwich, and Yardley’s Swan Island. National Express will run this more regularly than the No 99.