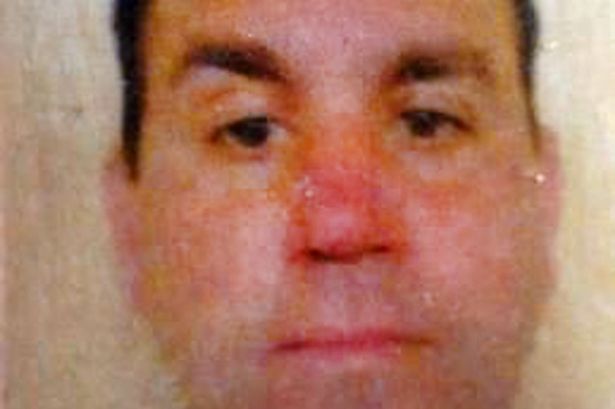 The family of a Chelmsley Wood man found dead in a canal after he was allowed to leave hospital before a mental health assessment could be done has won a payout and an apology.

Birmingham and Solihull Mental Health NHS Foundation Trust has made the undisclosed settlement to the family of Gary Parfitt and said the standard of care given him was “a matter of deep regret.”

His body was found by police in the Birmingham Canal six days after he left the Oleaster Unit in Edgbaston on the morning of 16 October 2017.

The dad-of-three had no phone, keys or money – and was 11 miles from his Chemsley Wood home.

Gary, who had been admitted to Heartlands Hospital after suffering hallucinations the day before, became agitated after waiting 20 hours for a mental health assessment.

He told staff he wanted to go home.

CCTV footage from the Oleaster Centre showed staff helping Gary, 41, leave the premises while he was wearing just shorts, a vest and a hospital blanket.

His body was found by police 200 metres away in Bournbrook, Selly Oak on 22 October.

Following his death, Gary’s parents Raymond and Annora instructed lawyers at Irwin Mitchell to investigate the level of care their son received from the Trust.

A root cause analysis report published by the Trust raised a range of issues in Gary’s care.

It found that Gary should never have been transferred to the Oleaster Unit, and that his long wait for an assessment contributed to him wanting to leave.

It also concluded that the response to his departure from the ward was not proportionate to the level of risk.

The Trust has now officially apologised to the couple, both 64, for the death of their son in October 2017.

Their legal team has also secured an undisclosed settlement, which has been divided between Gary’s children.

In a letter, Roisin Fallon-Williams, Chief Executive of Birmingham and Solihull Mental Health NHS Foundation, apologised to his family.

She said: “You will be aware from the root cause analysis document that the Trust has accepted that the standard of care provided to your son fell below a level which he was entitled to expect.

“It is a matter of deep regret that this was the case and, on behalf of all those involved in his care, I offer my sincere apologies.”

Gary, a forklift truck driver, was admitted to Heartlands Hospital via ambulance after he began hallucinating and barricaded himself into his flat, thinking ‘people were after him’.

Later that day he was transferred to the Oleaster Unit where he continued to experience hallucinations while he waited for an assessment.

But when Gary decided to leave the unit on the morning of 16 October, staff made no attempt to restrain him or detain him under the Mental Health Act, and dialled 101 to report him missing.

His father Raymond said that he hopes that lessons had been learned by the Trust, and that Gary did not die in vain.

“The entire family misses Gary so much and nearly two years on it remains hard to think about how things could have been different if he had received the support he needed,” he said.

“The apology regarding his care is very welcome, but it is absolutely vital that this is not just lip service.

“Clear change has to happen and lessons have to be learned so no other family faces the heartache that we have.

“Mental illness is a terrible disease which does not discriminate. Anyone can be affected. People in a vulnerable state should always be able to get timely access to the treatment and support.”

Thomas Riis-Bristow, the medical negligence expert at Irwin Mitchell representing the family, said: “The past couple of years have been incredibly difficult for all of Gary’s family as they faced the trauma of not only losing him but also learning of the care problems he faced in the days before his death.

“While nothing will ultimately change what has happened, the apology from the NHS Trust is very welcome. We now call on the Trust to ensure it has learned lessons from Gary’s death.”

Health trust chiefs say that they have taken action after an internal investigation.

“As part of an action plan agreed following a thorough internal investigation, Birmingham and Solihull Mental Health NHS Foundation Trust has taken a number of steps to make care safer,” a spokesman told the Birmingham Mail.

“A new protocol for admission to our Psychiatric Decisions Unit (PDU) now provides clearer guidance for staff about all of the criteria to consider before bringing a patient to the unit.

“There has also been specific additional training for staff. This includes the development of improved liaison between our teams based at different hospital sites and further training to help ensure all staff at our PDU can confidently and appropriately escalate any growing concerns about service users awaiting a Mental Health Act assessment.”