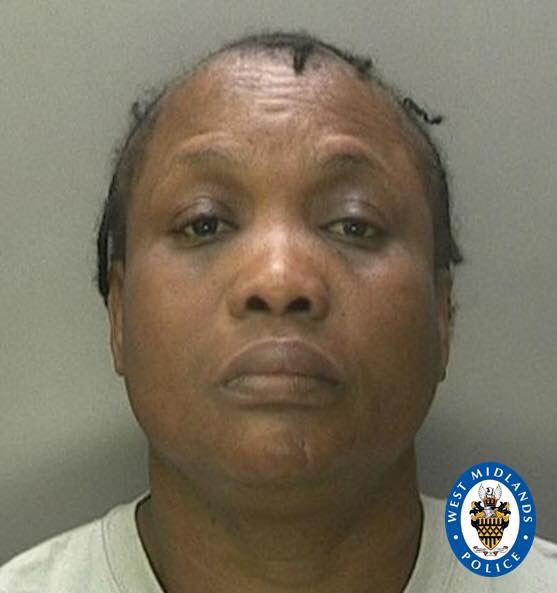 A prolific shoplifter has been jailed for barging a pensioner to the floor – leaving her in agony with hip fractures – as she tried fleeing supermarket security staff.

Avril Wilson clattered into the shopper at Solihull’s Morrison’s store with such force the 69-year-old was lifted off her feet.

She landed heavily on her side, fracturing her hip in three places, and required a full hip replacement.

Wilson – who has 19 previous convictions for theft – was spotted in the store by security guards at 11am on 1 July.

The 48-year-old abandoned a trolley in the aisles – which she’d loaded with around £300 worth of goods – and made a dash for the exits but was challenged by staff.

And in her desperation to escape, she crashed into the woman and clashed violently with members of security – before eventually fleeing after stripping off her top.

West Midlands Police issued an appeal for information on Wilson’s whereabouts and on 10 July she surrendered to a police station.

Wilson, from Radleys Walk in Stechford, refused to answer questions in interview but was charged with causing grievous bodily harm after several witnesses picked her out during an ID procedure.

She initially denied the offence but later entered a guilty plea – and at Birmingham Crown Court on 20 September she was jailed for 21 months.

PC Rebecca Roberts from Solihul lPolice’s Investigation Team, said: “Wilson’s only concern was getting away from security staff; the victim had the misfortune of being in her path when she bolted for an exit and was ruthlessly clattered out of the way.

“The collision left the lady in agony with a fractured hip. She required a hip replacement but is still suffering from her injuries and also psychological scars from the trauma. We wish her well in her recovery.”