Local lady, 71, takes on challenge of a lifetime for Solihull Hospital Charity 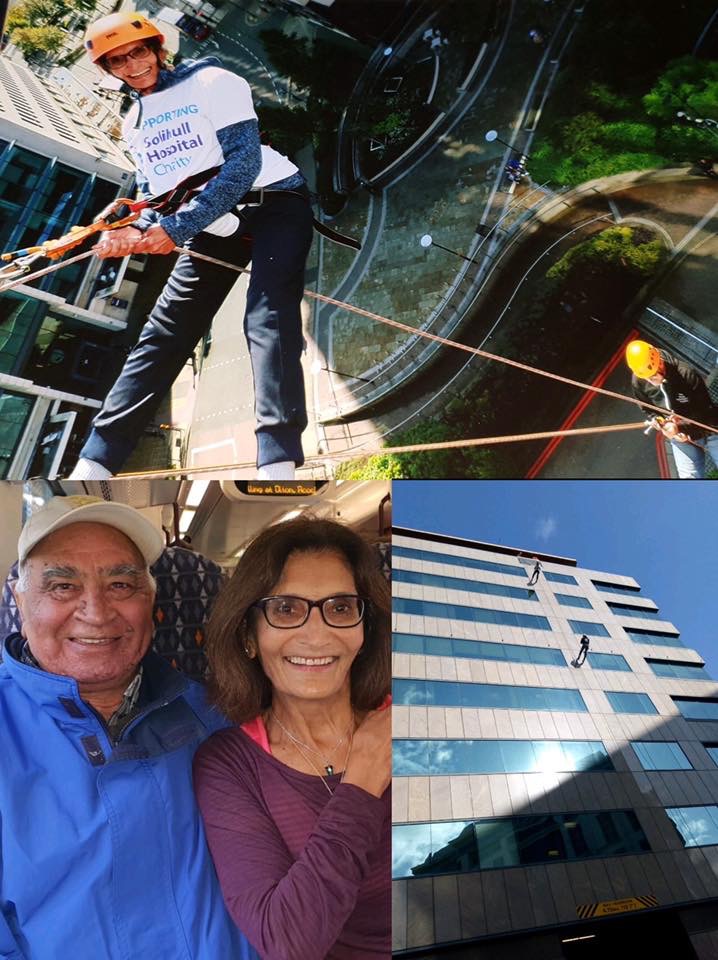 Solihull resident, Rama Bharadwa, decided to take on a challenge of a lifetime and conquer her fears all to support Solihull Hospital Charity.

Manu Bharadwa, Rama’s husband, was an extremely active 70-year-old man after recovering from a stroke back in 2015. However, in 2018 he had started to become lethargic, running out of breath very quickly and was very tired a lot of the time.

Manu, accompanied by his wife Rama, decided to go to the doctors where he was immediately taken to Solihull Hospital’s AMU Department as his heartbeat was alarmingly irregular. It was later revealed that Manu had heart failure and damaged muscles surrounding the heart which would need further treatment.

During his time at Solihull Hospital, Manu stayed in Ward 17, a cardiology ward. Rama said: “They were never too busy to help him, they really took such great time and care for my husband as well as being very supportive.”

Throughout her time visiting her husband at Solihull Hospital, Rama often saw Solihull Hospital Charity posters advertising some of the fundraising events that it has to offer. One of them in particular drew her in – the Abseil Challenge!

On Saturday 28 September 2019, Rama faced her fears and abseiled down the Wesleyan building in Birmingham!

When asked why she decided to opt for this challenge, she said: “I really wanted to give something back to the hospital that cared for my husband. He was cared for with such amazing dedication and good humour by all the staff there every day.

“He’s doing really well now and I wanted to challenge myself to do something to support the team the way they supported me and my family.”

In total, Rama has raised over £700 for Solihull Hospital Charity.

She continued: “I am 71, and for me to do this is such a huge achievement. If I can do it, I want to encourage others to do it too!

“I can’t say that I wasn’t scared, however knowing that this money will help others who are scared and facing a tough time is worth the challenge.”

If you are inspired by Rama and would like to take on a fun challenge, why not visit hospitalcharity.org/events to see the many events that are open throughout the year.