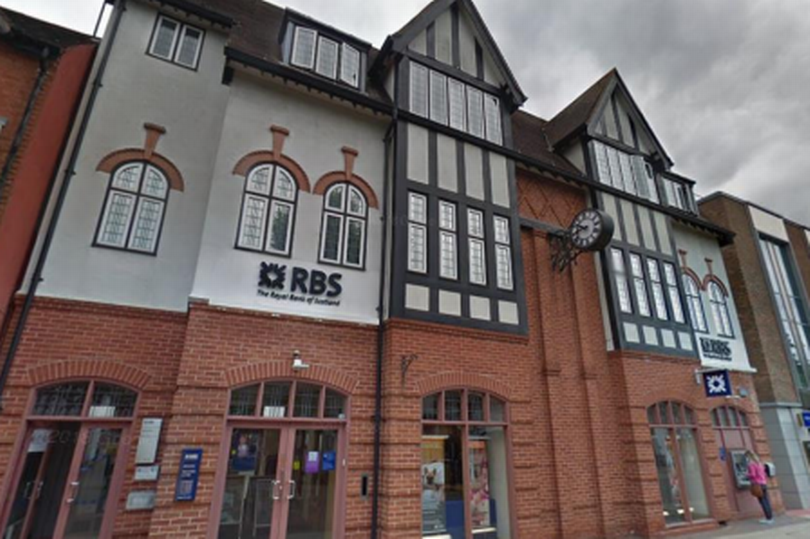 A former bank in Solihull town centre – which has been empty for over 12 months – could be transformed into a restaurant under plans submitted to the council.

Cote Restaurants, a chain of French-style brasseries, has lodged an application to open the eatery at 137-141 High Street.

It has said that the branch on the busy shopping parade would create around 30 jobs.

Royal Bank of Scotland (RBS) had previously used the ground and first floor of the premises, but these have been vacant since July 2018.

The Tudor-style three-storey building, perhaps best known for its distinctive clock, is near the junction with Drury Lane.

While only erected last century, it is near to several much older sites – most notably the Manor House, which dates from the late 1400s.

As well as a change of use at the address, the restaurant chain seeks permission to create a 16 table outdoor eating area, offering customers the chance to dine “al fresco”.

Under proposals, the business would open until 12.30am seven days a week, although the seating area outside would shut at 11pm.

Making the case for an eatery, the documents argue that the majority of food outlets are currently concentrated within the nearby Touchwood shopping centre.

Cote, which already has branches in The Mailbox, Birmingham, and at Leamington Spa, has also pressed the advantages of bringing an empty building back into use.

The application will be considered by Solihull’s planning department in the coming months.