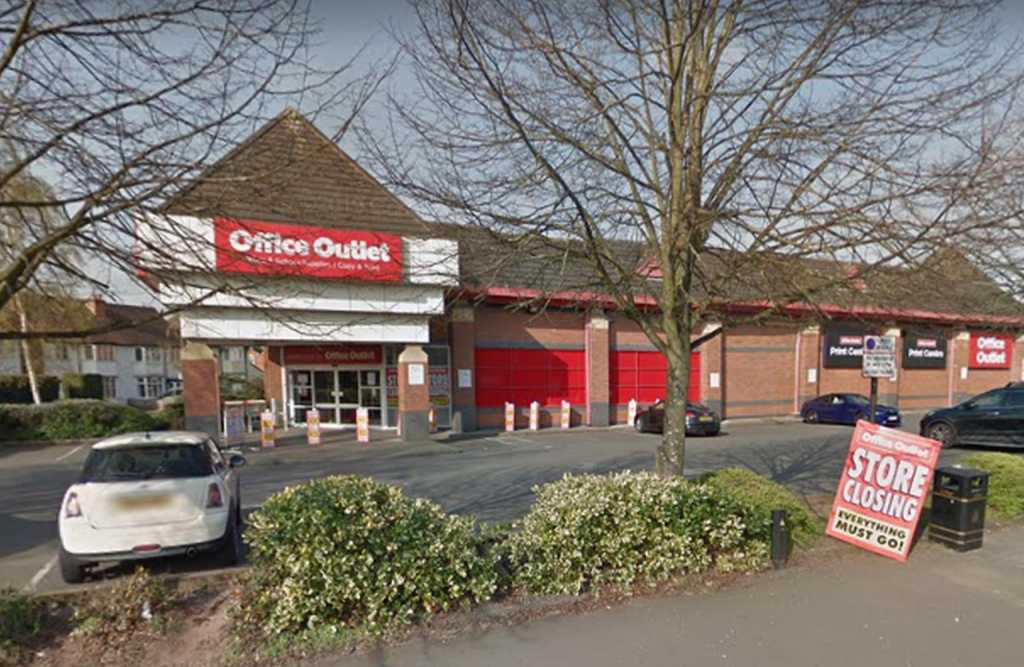 A former retail site in Shirley town centre will house dozens of retirement apartments under plans handed to the council.

The Stratford Road plot was previously the home of stationery chain Office Outlet – formerly Staples – which went into administration in March.

Now Churchill Retirement Living has tabled a scheme to bring the site, near the junction with School Road, back into use.

Churchill, the company behind a development previously built at the old Woolmans Garden Centre site, in Solihull Road, argues its latest project was well placed for shops and other local services.

Papers submitted to council planners said: “[This] will minimise the need for residents of the proposed retirement living housing development to own a car, or use a car for many journey purposes.”

A number of proposals catering for older residents have been approved by Solihull Council in the past 12 months, with 1,302 bedrooms said to be “in the pipeline”. Construction work has already started on many of these projects.

They include both independent units and those contained within larger complexes, such as retirement homes.

While Solihull has an ageing population, there are concerns about how many places may in fact be taken up by people living outside the borough.

“A commonly stated rationale for adding more over 55s housing is that it frees up housing for working age people and families elsewhere in the borough,” she said.

“It would make sense to analyse data to check this is actually what’s happening.”

Cllr Andy Mackiewicz, cabinet member for climate change, planning and housing, had argued it was difficult to impose controls “in a free society”.

“People can move in and out across the borough and we’ve got four authorities next to us [Birmingham, Coventry, Worcestershire and Warwickshire].”

The plans for the former Office Outlet site will be considered by the council in the coming months.