Brave PCSO back on the beat after overcoming breast cancer 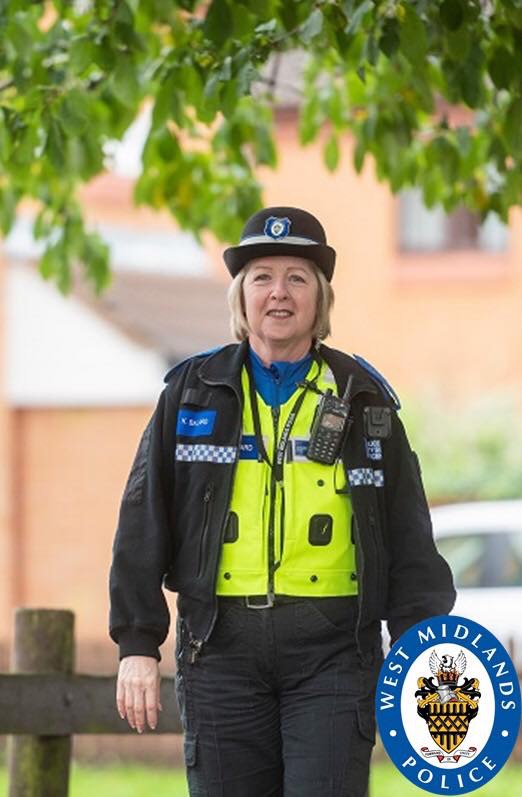 A brave breast cancer survivor is back on the beat with West Midlands Police after winning her three-year battle against the disease.

Police Community Support Officer Karen Ballard used family, friends and a desire to continue her much-loved role as motivation in fighting the illness.

The Chelmsley Wood-based officer was diagnosed with breast cancer in Spring 2016 and underwent a masectomy, six sessions of chemotherapy and radiotherapy as part of her treatment.

The popular mother-of-two − who joined West Midlands Police as a PCSO 15 years ago − was given the go-ahead to return to full time duties earlier this month under strict force orders not to overexert herself.

Karen has been left stunned by the positive reaction within the community to her returning to beat duties.

The 59-year-old − who won PCSO of the Year in the Jane’s Police Review Awards in 2007 − said: “The breast cancer diagnosis was a massive shock but I was determined it would not change me as a person.

“The treatment was necessary, but gruelling, and I was fortunate to have an amazing amount of support from my family and friends. Without having my husband Robert and children by my side I would not have been able to overcome it.

“The force has also been hugely supportive and it meant so much that my colleagues came to visit me at least every couple of weeks. I realised then that I belonged to a second family − the West Midlands Police family.

“I really enjoy my role as a PCSO and being able to come back full time was a huge motivation during the difficult times.

“I’m feeling positive for the future; and what will hopefully be many more years of helping to keep the people of Chelmsley Wood safe.”

The force has a breast cancer buddy initiative which offers peer support for anyone affected by the disease; and has been fully supporting #BreastCancerAwarenessMonth.