More than 7,000 broken bins reported in just one month in Solihull last year 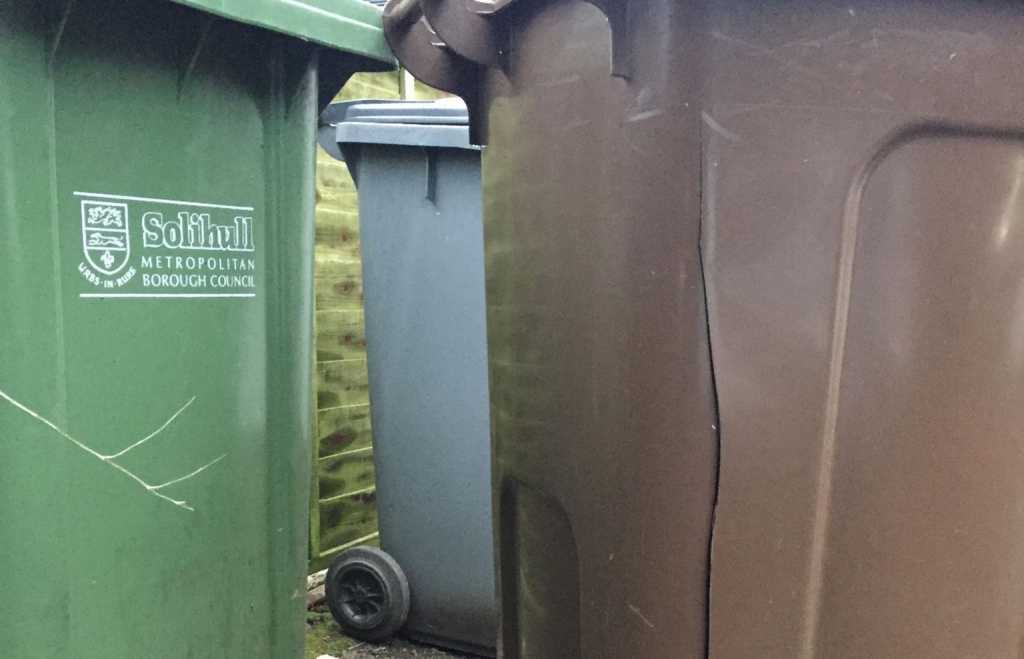 More than 7,000 requests to replace broken bins were made to Solihull Council in the space of a single month last year – but the exact cause of the fault is still unclear.

A new report has laid bare the huge pressure that a serious problem with containers splitting open placed on services during 2018/19.

In total, 28,500 requests for new brown bins were received, with deliveries taking up to 12 weeks during the peak of “unprecedented” problems.

It had already been revealed over the summer that the massive backlog had contributed to an increase in the number of complaints about council services.

Officers told a scrutiny board this week that they suspected there was “a fault” with the batch of bins, although the supplier has disputed this and suggested the blame could lie with lorries’ lifting equipment.

Since last year, the council has been taking legal advice on the issue, amid previous reports it is looking to claw back £400,000 in costs.

Cllr Kate Wild, who chaired the meeting, said she was keen that the local authority “got to the bottom” of the problem.

“I’m not an industrial chemist so I don’t know if it’s the polymers or the size or whatever,” she said.

“I think [the complaints ] have been handled very well, but my concern is about the length of time it seems to be taking … I really would like to see this whole incident brought to bed.”

Cllr Peter Davies (Lib Dem, Elmdon) had asked about whether there had been issues in other areas and Cllr Wild said it would be “helpful” to gather that data. Officers confirmed they would be looking into this.

Councillors were told that 421 separate complaints had been made in relation to waste and recycling.

While the service always tend to attract the most gripes, the figure was more than double the 191 reports in the previous financial year.

Mohinder Johal, from the corporate complaints team, argued the rise was not significant given the volume of bins that needed to be replaced.

“We actually had 28,500 requests for brown bins … it was only one per cent of complaints in that context.”

Last summer, the council had apologised for delays in doling out replacements, with several residents taking to social media to vent their frustrations.

One householder branded the hold-up “an absolute joke”, while another said they were “sick and tired” of waiting for a new bin to arrive, although a couple of residents told the Local Democracy Reporting Service (LDRS) this week that the delivery had been prompt.

Sky Tudor said: “It was within two weeks. I remember it being delivered in time for the next collection.”

Although the number of compliments in the same time period also rose to 1,137, compared with 1,046 in the previous 12 months.

However, it became apparent that the plastic was prone to split and it wasn’t possible to lift the cracked containers to empty the waste.

The stream of reports turned into a flood in the first quarter of 2018/19, with suggestions an especially harsh winter may have made things worse.

The escalating problems were revealed when the issue was raised at Full Council in April 2018.

Whilst the council would have expected to replace around 200 bins a month in normal circumstances, the fact that thousands were failing en-masse left it struggling to clear the backlog.

With waits extending, at one stage, to around three months and many households having to get by with alternative containers in the meantime, there was a spike in complaints.

At the start of 2019, the cost of the exercise was put at £400,000 and the council has been seeking legal advice on its options.

The council has confirmed that the broken bins are passed to a company which converts them into plastic pellets for the likes of injection moulds.