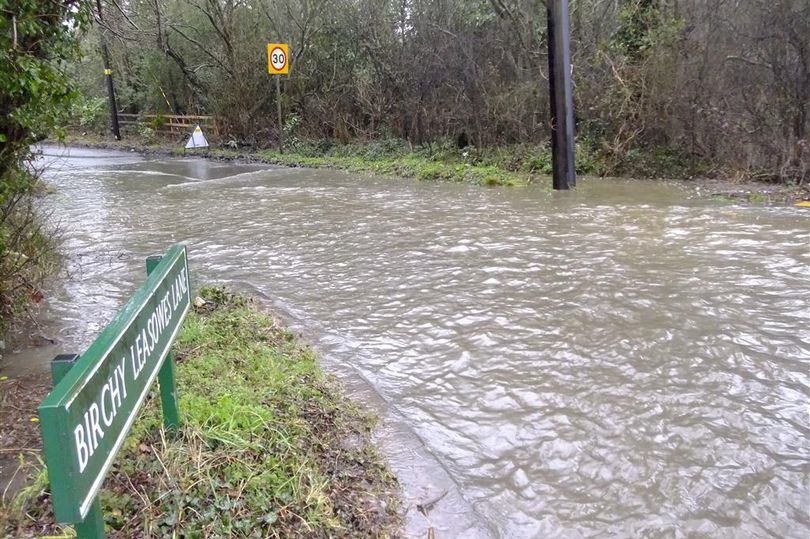 A plughole-style system, part of plans to guard against further problems in a flood-prone Solihull village, was backed by councillors this week.

The planning committee had made the unusual request of having the drainage conditions, attached to a previously approving housing development in Birchy Leasowes Lane Dickens Heath, brought before them.

This follows residents’ concerns that the seven-home scheme could add to problems in a village which has suffered particularly badly from flooding, most recently in May 2018.

Councillors agreed to approve the conditions laid out, paving the way for work to start on the site.

Ahead of the meeting, John Dimock, who has lived in nearby Birchy Close for 30 years, said flooding remained “a very real concern” because of the lie of the land and previous downpours.

“It was just awful,” said the 86-year-old, describing conditions last year. “The water came within a couple of inches of our house.”

Dickens Heath parish councillor Trevor Eames said there was still a lot of unease about the issue and that he regularly attended the NEC’s annual Flood Expo to find out more about the latest defence measures.

“Of course a lot of the new technologies are a lot more expensive,” he said.

While residents were unable to address the committee – due to the item not being a full planning application – Mr Eames said that locals would request further details about this particular plan.

An update sent out by Dickens Heath Residents’ Association this week said: “Modern drainage schemes have failed in recent developments at Dickens Heath, Tidbury Green and Cheswick Green and promises have been made that new developments will be better protected – we want to see that promise kept.”

Planning officer Kim Allen had provided the meeting with details of the various steps which would be taken to protect against problems during periods of heavy rainfall. A so-called hydro-brake would be among the measures installed.

“This is where water swirls around – it’s like a vortex, a bit like your water going down the plughole in a bath,” she said.

“And when the water spins around it actually slows down its rate, so that is a technique that drainage engineers use, I think, quite regularly.”

Cllr Jim Ryan (Con, Bickenhill) said it was important that the plans had come back to the committee for further scrutiny, given “the history” of the location.

“It was a bone of contention at the time when we approved the application, this is something we were not happy with,” he said.

“We haven’t just given the application – this particular serious issue – the nod. We’ve taken it seriously.”

But he added that it was important the scheme was monitored going forward.