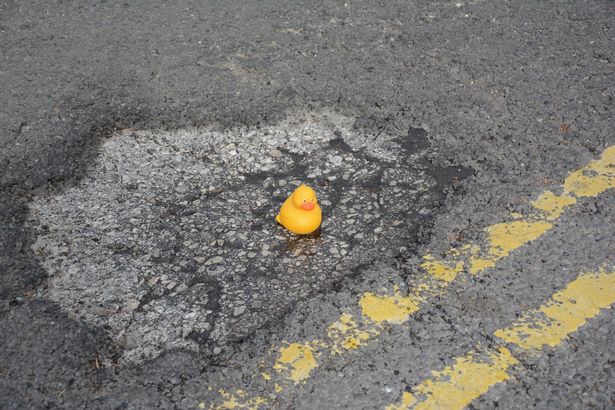 The figures, released following a Freedom of Information request by the Local Democracy Reporting Service, confirmed that there were 247 claims two years ago (83 of which were successful) and 141 claims last financial year (with 33 successes).

The costs over this period added up to more than the total in neighbouring Birmingham, where the figure was £24,986, despite the population being some five times larger.

Although the total number of reports and complaints about damaged surfaces in Solihull was a fraction of those made in the second city.

Cllr James Burn, leader of Solihull’s Green Party group, said that while it was easy to dismiss pothole complaints as “a cliche”, it was a real concern for many residents.

“I remember when I went from getting the bus and train to having a moped back in the day and suddenly it became a real thing. If you hit a pothole on a moped you can come off – it’s really dangerous and scary.”

He said that Solihull’s road network was often larger than many people realised, because of the sizeable rural areas, and warned that increased flooding – as a result of climate change – could cause tarmac to crumble more quickly in future.

He said that in his own ward of Chelmsley Wood, councillors had done a lot of work encouraging residents to flag up issues at an early stage to try and speed up repairs.

“We have really tried to empower residents to report things,” he said.

Official figures show that road chiefs pumped £5.09 million into highways repairs in the first year and £3.95 million in the second.

But Cllr Ade Adeyemo (Lib Dem, Lyndon) argued that councils needed more money to get to grips with issues, with residents often left frustrated if their road wasn’t repaired.

“Our roads are in a poor state generally and there’s a need to do a lot more,” said the civil engineer.

“Often they do a quick patch, which looks nice but really you are just dressing up the problem and not dealing with the underlying issue.”

In recent weeks, Cllr Adeyemo said he had been out in his ward with a rubber duck – which he has christened ‘Libby’ – to highlight the size of some of the more troublesome holes.

While he said he did not receive too many specific enquiries about compensation claims, it was an issue that came up occasionally.

The Royal Society for the Prevention of Accidents (RoSPA) argued that it wasn’t just drivers who faced difficulties, citing the risks to cyclists.

Nick Lloyd, the charity’s head of road safety, said: “Potholes create a danger to cyclists, at best they can cause the inner tube to have a pinch puncture or damage the rim of the wheel.

“A greater risk to the cyclist is that it causes loss of control or forces the rider to steer around the pothole possibly in to the path of traffic approaching from behind’.

“The roads defects are being dealt with a lot quicker than they used to be,” he said.

He added that a new system, in which Solihull was divided into ten geographic areas, would see each zone receive special attention one day each fortnight and this should also make a difference.

A council spokesman said that successful claims were paid out from a pot of money specifically earmarked for compensation.

Although they would not be drawn on comparisons between Solihull and Birmingham, suggesting any differences could be driven by “any number of different factors”.

* How to make a pothole compensation claim:

Few law firms tend to take on these claims unless there is a personal injury aspect, so residents tend to navigate the process themselves.

If you have suffered vehicle damage then take photos of the pothole, including close-up images. Make sure your pictures illustrate the size and the depth of a hole, using a ruler if necessary. And stay safe if it is in the middle of a highway!

Also take notes of a pothole’s exact location, the time and date of an accident and weather conditions.

You will need to find out how much the repairs will cost to repair, so obtain written quotes.

Once you have collated your evidence, you must first log the problem via Solihull Council’s ‘Report a Pothole’ tool, which will provide a reference number for use in your claim. Make sure to include your supporting evidence, quotes and check that all the information is accurate.

The council says that it assesses all property damage claims on a case-by-case basis and while assessments may vary depending on their complexity, it aims to deal with claims within 12 weeks.