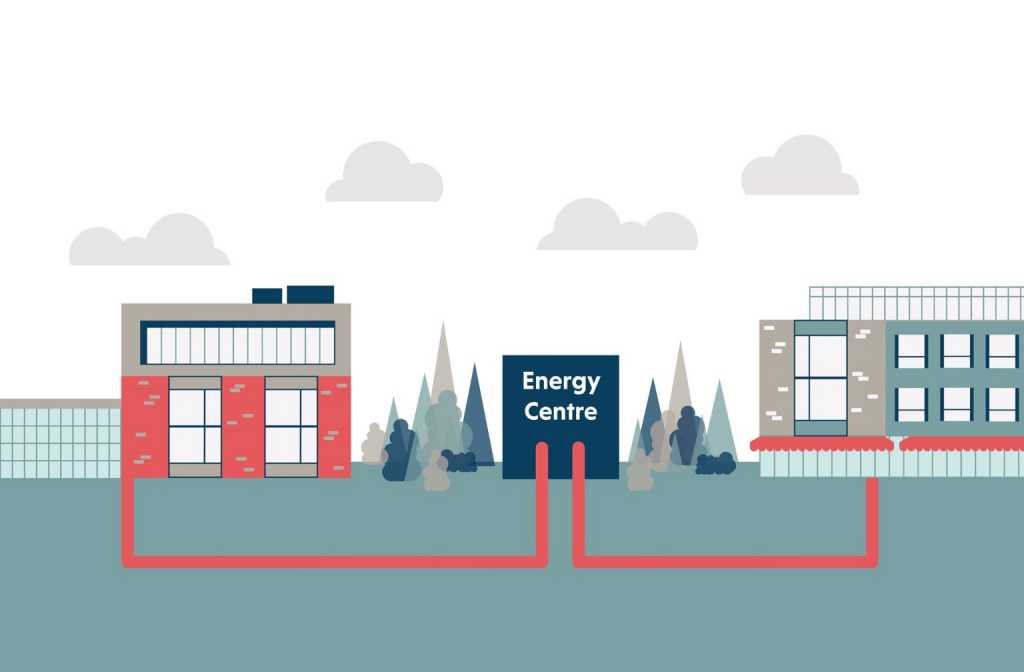 A multi-million pound plan to create an underground energy network in Solihull is still on the cards, although the original proposal to draw heat from water beneath Tudor Grange Park has been shelved.

Following borehole tests earlier this year, the council has confirmed that it would prove too difficult to return the water extracted from the aquifer – some 300 metres below the surface.

This means that officers now intend to look at using the same pump technology to draw heat from the air.

Despite the change of tack, it is still hoped that the first energy could be drawn from the new network – serving key town centre sites – in late 2022.

Last week, the Local Democracy Reporting Service (LDRS) sat down to discuss the latest developments with the project’s key players and what the plan is going forward.

* What work has been done to date?

Many passers-by will have seen the drilling equipment at Tudor Grange earlier in the year. This was used to create bore holes, extending down to the aquifer – a layer of water-bearing sandstone deep below ground.

Reaching the source took longer than expected because the aquifer was around 100 metres further down than initial surveys suggested. The exploratory work has since been completed.

* What did the experts discover?

Ellie Horwitch-Smith, the heat network project manager, said that the temperature of the water was 18 degrees and tests showed a good flow. However, the findings suggested it would prove problematic returning the water extracted back to its underground source.

She explained that the extra infrastructure which would be needed meant that this set-up would pose problems from an “economic and practical perspective.”

A key test of any system – and one which Friends of the Earth had highlighted last year – is that it doesn’t expend more energy than it creates. This would undermine the entire aim of the project.

The council is now looking at using the same heat pump technology but with “a different source” – drawing heat from the air. Crucially it is the source rather than the system which will differ.

While the water would have had a more constant temperature, the team insist that the air source option would be able to cope with colder periods of the year – based on the conditions over the course of 12 months.

* Will this affect the current budget and timetable?

Ms Horwitch-Smith said it is still intended that “heat-on” happens towards the end of 2022. Updates are scheduled to go to a council scrutiny board in February and cabinet the following month.

All of the funding for investigations to date has been provided by the Department for Business, Energy and Industrial Strategy (BEIS) Heat Network Delivery Unit (HNDU) and the West Midlands Combined Authority. The first phase had previously been estimated at £604,800, while the overall capital budget remains at £11 million

The council has said that the network will need to take account of upcoming developments in the town centre, such as the planned Westgate project in Homer Road.

The new office block, expected to go to the planning committee in the coming months, is slap-bang in the middle of the area that the network is intended to serve.

The council has argued that, as with the HS2 development, it makes sense that projects are planned in tandem to avoid unnecessary disruption and expense after their completion.

* What work will need to be done?

The key element of the network will be the insulated pipes connecting up the buildings.

“It’s just the construction required to lay pipes, the same as with other utilities,” said Lisa Whitton, the UK Central project manager, when asked what the work would involve.

There will also be an energy centre built to house the equipment which keeps the network running. A number of sites are being considered for this base, which will need to go through the formal planning process.

A public consultation will be held, allowing discussion of the design.

* What are the main benefits of the network?

Cllr Andy Mackiewicz, cabinet member for climate change, planning and housing, has previously said that the network will play a key role in the wider plans to make the borough more environmentally-friendly.

Since the plans were first made public last year, the council has committed to a target of becoming carbon neutral by 2030.

And of course the climate issue has come to increasing prominence in the past year, with protests both locally and nationwide dominating news bulletins and teenage activist Greta Thunberg becoming a household name.

This increased awareness has piled the pressures on councils, including Solihull, to take decisive action.

Ms Horwitch-Smith has emphasised that there are also “massive opportunities” from an educational perspective, particularly since schools and colleges are some of the public sector buildings which are set to be hooked up.

The LDRS will be there for when the plans return to councillors in 2020. In the meantime, residents can also sign-up to Stay Connected bulletins about the scheme: https://www.solihull.gov.uk/solihullconnected