Inside ‘drugs den’ in Chelmsley Wood as police shut it down 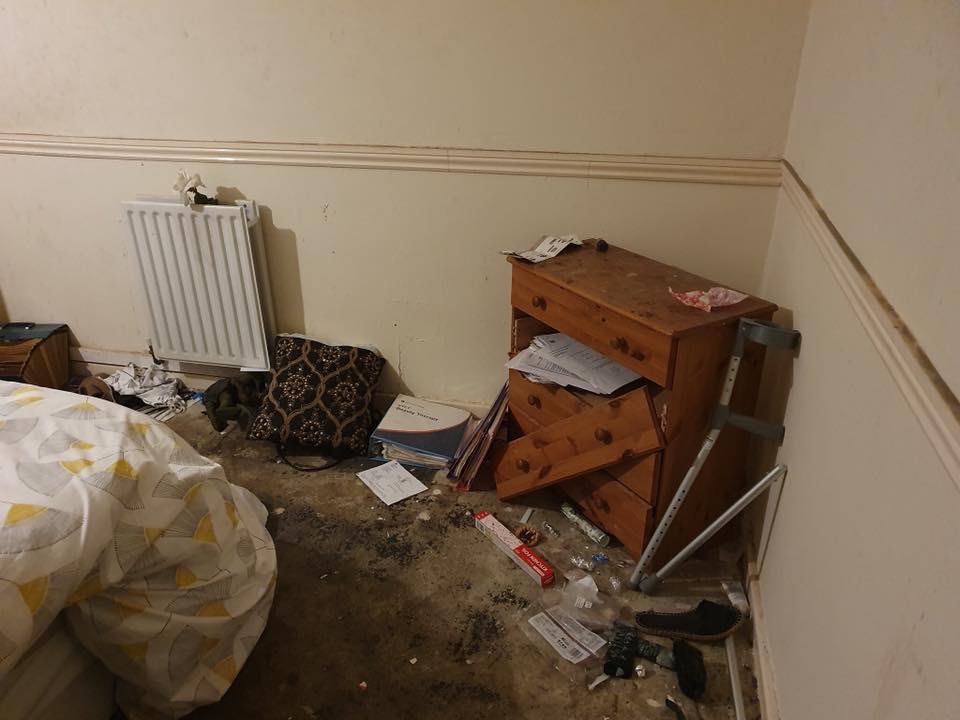 This is the appalling state of a drugs den in Chelmsley Wood which has been shut down.

Officers raided an address on Winchester Drive where they ‘seized drugs and evicted dealers on Wednesday’.

Knowle, Dorridge & Balsall Common Police tweeted a series of pictures from the bust.

Two pictures showed the shocking state of a bedroom with dirty windows walls and an inch of dust on the dado rail. There is a filthy unmade bed with rubbish on the sheets and a carpet so disgusting, it has lost its original colour.

The flooring is covered with trash, piles of cigarette ash and a folder for a beauty course. There is a broken pair of crutches next to a damaged set of drawers.

No one was arrested and the flat was empty during the raid.

A West Midlands Police spokesperson said they “supported housing officers with a closure order at an address in Winchester Drive in Chelmsley Wood on Wednesday 6 November.”

“No one was present.”