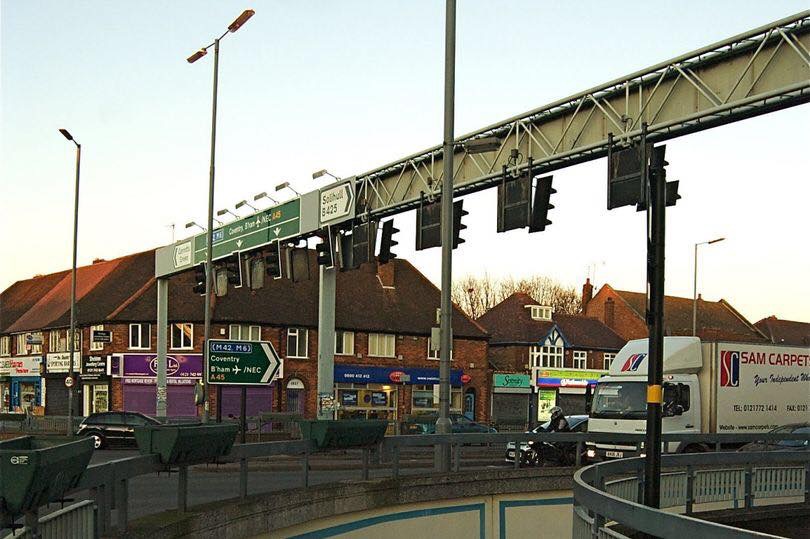 Problems with drivers struggling to get out of car parks and facing major delays have prompted a plea for the timing of traffic lights at the Birmingham/Solihull border to be altered.

Solihull councillors have said that the sequence only allows time for a few vehicles to get through at the busy Wheatsheaf junction, causing “untenable” tailbacks in both directions of the A45 Coventry Road.

While the well-known bottleneck is just over the council boundary in neighbouring Birmingham, the queues along the key route are also adding to the problem of motorists using residential streets in Elmdon and Lyndon as a shortcut.

Only last month, the Local Democracy Reporting Service (LDRS) had spoken to Harvard Road residents worried that drivers using their street “as a racetrack”, in an attempt to avoid congestion, risked a tragic accident.

Now Solihull’s Liberal Democrats have launched a petition, pressing the city council to take a look at the lights. Almost 250 people have signed in a couple of weeks.

Cllr Laura McCarthy (Elmdon) said it was a long-standing problem, but the opening of Sheldon Retail Park, at the former Severn Trent site, had added to the urgency – with vehicles facing lengthy delays getting out.

“It’s crazy,” said the mum-of-two, who revealed she had been stuck for 10 minutes herself.

Explaining the knock-on effect on surrounding roads, the online petition said: “These traffic jams are now spilling into neighbouring streets as drivers attempt to avoid the chaos.

“This situation is untenable and needs resolving. Birmingham Council needs to act and recognise improvements need to be made to the Coventry Road.”

Several residents had commented on the current issues on the Lyndon Residents’ Association Facebook group.

Yvonne King wrote: “That junction is an absolute nightmare especially when turning right.”

Kate Tipton also felt this was a “truly frightening” manoeuvre.

“I hate turning right onto the Coventry Road by The Wheatsheaf,” she said.

“Once you cross the line if there is a van or large vehicle turning right from Sheaf Lane, you cannot see if anything is coming from the other lanes so if the lights turn red, you are stuck in the middle not knowing if you can go or not.”

Although Greg McNally blamed “light jumpers” travelling from Sheldon and Hobs Moat for many of the issues.

He said: “The lights have dynamic timing and react to the volume of traffic. If everyone obeyed them, there’d be no problem.”

Chase Midland Estates, the developer behind Sheldon Retail Park, has been contacted for comment.

A Birmingham City Council spokeswoman said that the petition would need to be presented so that the highways department could investigate and respond. It would be able to provide further comment once this had happened.