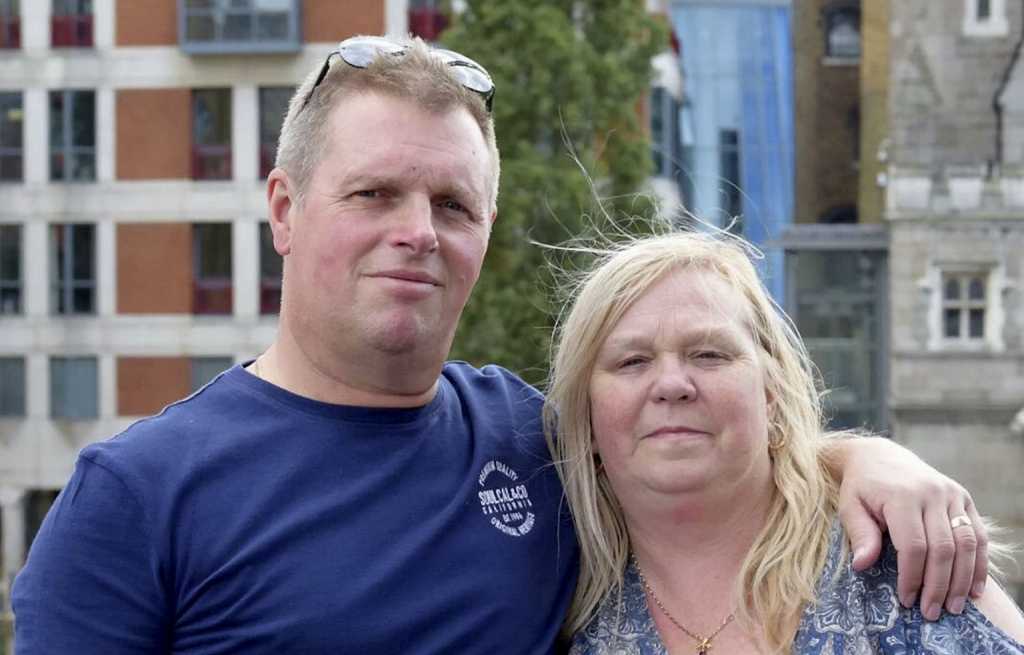 A grandfather has received a payout from a private hospital in Solihull after having his bile duct severed during a botched gallbladder operation outsourced by the NHS.

Keith Salt, 60, now has a shortened life expectancy after suffering complications during a procedure at the Spire Parkway Hospital.

The hospital was previously at the centre of a scandal involving ‘butcher’ surgeon Ian Paterson, who was jailed for carrying out unnecessary breast cancer operations.

The privately-run facility has now been forced to pay Mr Salt an undisclosed settlement after he suffered a bile duct injury during an op to remove his gallbladder.

A liver surgeon from an NHS hospital even had to be called to help treat him and reconstruct the duct because there was no specialist team on hand.

Mr Salt, of Essington, Staffs, was later admitted to an NHS hospital and diagnosed with the liver disease cholangitis.

It has left the grandfather-of-eight in regular pain and he has been forced to retire from his job as a lorry driver and civil worker for a water company.

The dad-of-three also suffers from regular gallbladder infections and may even require a liver transplant in future.

Mr Salt had been on a waiting list for several months, but opted to undergo surgery at the private hospital while still an NHS patient under the Choose and Book scheme.

He is now calling on private hospitals to be more transparent with patients and his case will be featured tonight (Tuesday) in an ITV documentary about NHS privatisation.

Mr Salt said: “We have always been family orientated and always enjoyed being able to help the children and grandchildren.

“We would regularly babysit for the grandchildren. I was the sort of granddad who would go running around, playing games. However, I cannot do as much of that now.

“I am quite an independent person but I have depended on my wife, Tina and the rest of my family since I came out of hospital in June 2013.

“For months I was in agony and things seem to be getting worse.

“When I was told about being able to have surgery at the private hospital I thought that would be an end to things.

“My concentration was on the surgery to cure my symptoms, I wasn’t thinking about what could go wrong.

“I just feel that the risks and what could happen if there were complications were not fully explained to me.

“If I’d have known then what I now know I would have decided to wait for an appointment on the NHS.

“The last few years and coming to terms with everything and what it means for the future has been incredibly difficult.

“I know nothing can make up for what happened.

“I just think that private hospitals should be more open with patients so they can make the best decision about their care.”

After several medical appointments and a hospital admission, he was offered keyhole surgery to remove his gallbladder in September 2012.

A GP made several requests for Mr Salt’s surgery to be prioritised and he was referred to Spire Parkway Hospital in April 2013.

He was readmitted to a NHS hospital on 21 June 2013, and over the coming months he underwent several operations to clear blockages in his bile ducts.

He instructed specialist medical negligence lawyers to investigate his care after saying he was unaware there would be no specialists to help him if complications arose.

Mr Salt’s legal team secured him an undisclosed settlement which will fund the specialist care he requires and will become more reliant on over time.

Spire Healthcare Ltd denied liability for negligence but admitted had Mr Salt not suffered a bile duct injury he would have been in hospital for around three to five days and would have made a full recovery in six weeks.

Caroline Brogan, the expert medical negligence lawyer at Irwin Mitchell representing him, said: “What has happened to Keith had a profound effect on him and his family.

“Keith was severely ill and in chronic pain so when he was offered the opportunity to undergo surgery he understandably took this.

“His case is among a number we have seen where unfortunately something has gone wrong in a private setting and a patient has had to wait for specialist care to rectify the issue. Often these delays can be critical.

“Patients are focused on receiving the care they require rather than the often complex nature of the contracts between private healthcare providers and the professionals who work there.

“We call on all private hospitals to ensure that patients’ needs and safety are always the top priority and people are made aware of the advantages and disadvantages of going private so they can make an informed decision about their care.”

The documentary ‘The Dirty War on the NHS’, made by filmmaker John Pilger, will be aired this evening (17 December) on ITV1 at 10.45pm.