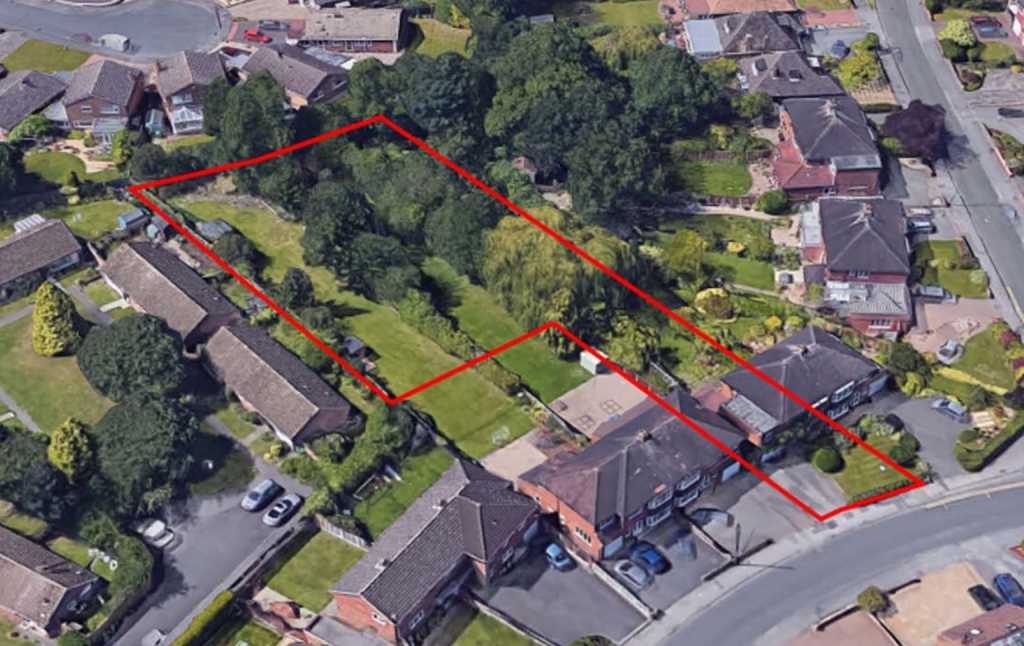 A Shirley housing scheme has been thrown out eamid complaints it would have “obliterated” back gardens and made an already “chaotic” road more dangerous.

Dozens of residents had objected to plans to build up to five dormer bungalows on a parcel of land behind homes in Lawnswood Avenue.

The application to “concrete over” garden land follows a number of similar schemes which have caused an outcry in the borough’s leafy suburbs.

And the planning committee also had particular concerns that this scheme posed road safety issues at a busy location and around the narrow access to the proposed development.

Cllr Mark Parker (Con, Shirley East), who had campaigned against the proposals, described the unanimous decision to refuse the scheme as “excellent news”.

Ahead of this week’s meeting he said: “Refusal would send a message to developers that you can’t build houses willy-nilly on back gardens.”

Addressing the committee, fellow ward councillor Annette Mackenzie had said: “This development would obliterate a vast green garden space, which would effectively be concreted over.

“This land has been prone to flooding in previous years and the properties surrounding this proposed development would have their privacy invaded.”

One resident, who asked not to be named, had said in advance that the plans were “absolute madness” and out of keeping with the suburban area.

Ash Chudasama, speaking on behalf of developer Kingslea Homes, said that the applicant had worked closely with planning officers and had taken on board feedback after a previous scheme was refused a couple of years ago.

“Our application is an outline, we propose these objections [from residents] will be dealt with when the reserve matters are addressed at detailed application stage.”

But during their debate, councillors made clear they had many reservations about the plans which had been brought forward.

Cllr Michael Gough (Con, Silhill) said: “The entrance is little bigger than somebody driving a car out of a garage, let’s be honest, it’s not a road is it?”

Cllr Bob Grinsell (Con, Olton) was among many to raise concerns about how busy the location, near Blossomfield Infant School, was.

“To suggest a drop kerb will give a pedestrian the right of way is frankly nonsense,” he said.

“We all know that cars are big, heavy monstrosities and they will take precedence.”

The plans were ultimately refused amid concerns about the impact on roads, the scale of the development and accessibility.

All nine members of the committee voted against.