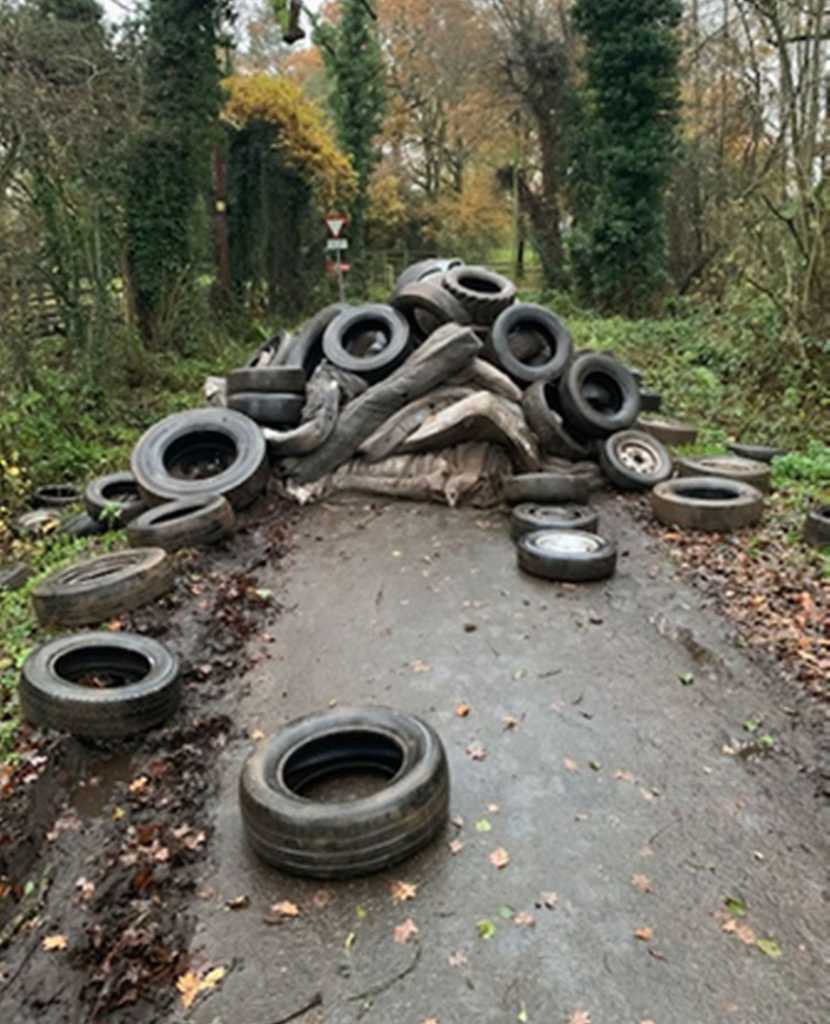 This was the massive fly-tip in a secluded Solihull road which polluted the local river and left the authorities with a clean-up bill running into tens of thousands.

The council is now pressing forward with plans to restrict access to Ravenshaw Lane, near Catherine-De-Barnes, amid fears its rural nature is making it a magnet for environmental crime.

The most recent incident, understood to have taken place under cover of darkness on 24-25 November, saw a huge pile of tyres, waste and a container full of old engine oil dumped at the location.

The fuel contaminated the nearby River Blythe and to date the “considerable” clean-up costs have reached £20,000, with fears that the final bill could yet rise to £30,000.

In light of the problems, road chiefs have drawn up plans to extend a “prohibition of driving order” – which would see gates installed to prevent crooks from gaining access.

A small section of the route was previously closed to through traffic in the 1980s.

Paul Tovey, from the council’s highways team, said: “This is a disappointing story.

“It’s one of those unlit, single-lane carriageway roads – tucked away – with very easy access to the motorway network and we’re finding it’s had a history of environmental crime, [of] fly-tipping and pollution going on in the area.

He said that the scheme, which would cost in the region of £7,000, would still offer access to the handful of locals residents and hopefully deter the criminals.

Road chiefs had argued this option was a more suitable solution than hoping the continued use of both covert and overt surveillance would be sufficient.

Knowle ward councillors and the police have endorsed the proposals put forward.

Cllr Glenis Slater, leader of Solihull’s Liberal Democrat group, had sought assurances that the extra security would not prevent the likes of ramblers and those on bikes passing through.

Mr Tovey confirmed the gate would be designed so that the route, which leads through local woodland, would still be accessible to cyclists, walkers and horse-riders.

Cllr Ken Hawkins, cabinet member for the environment and highways, has also given the go-ahead to having a traffic order imposed at the junction of the lane and the A41 Solihull Bypass, designed to prevent vehicles parking near the junction.