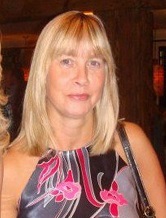 Michelle Flavelle was just 47 when she lost her fight against the illness. She was treated by Ian Paterson at Solihull Hospital after being diagnosed with breast cancer in 2005 – but she fell ill again five years later, as the scandal over the surgeon’s “cleavage-sparing” mastectomies began to break.

Tests revealed Michelle, from Castle Bromwich, had secondary cancer that had spread to her liver.

Her best friends, Denise Philpotts and Debbie Jacques, last night told of their “hatred” for Paterson, who has been suspended by the General Medical Council and is the subject of a police investigation.

“I hate him,” said Debbie, 45. “I feel angry – but Michelle never did. She was never recalled and we can never prove the operation is the reason the cancer came back,” added 54-year-old Denise. “She accepted it. She would say: ‘You’ve got your health and I’ve got my wealth and together we’ll get on with it’. She was so positive and strong.”

Ian Paterson was suspended by the GMC in late 2012 following claims he carried out the “cleavage-sparing” procedure on patients, said by her friends to have included Michelle, without their consent. The surgery was not a recognised practice and left patients with a degree of breast tissue for cosmetic reasons.

A report last month revealed more than 200 of Paterson’s patients underwent “suboptimal” mastectomies. Lawyer Sir Ian Kennedy’s review also found their chances of suffering a cancer relapse within five years were more than double that of his patients who had full mastectomies.

Denise said Michelle, whose children are Jess, 17 and Ben, 21, was initially happy with the treatment provided by Paterson but she said her friend “started to ask questions” before her secondary cancer was diagnosed in April 2010.

Denise added: “She had undergone reconstruction surgery not long before, and she could barely stand up afterwards. She had a pain in her stomach too. After that diagnosis her life changed. She took early retirement and made a bucket list of what she wanted to do. She wanted to fly in a helicopter and go on loads of holidays.”

Although Michelle was told she would only have 12 months to live, she was determined to make the most of her time. She organised weekends away, theatre trips and meals out.

Debbie said: “Nothing was about dying – she was about living. She would tell you off if you cried. If we watched a sad DVD she would put a fiver on the table and say the last person to cry would win the money. It was always her. One weekend we went to Skegness and played pass the parcel with her fake boob and wig as a prize. She could always take the mickey out of herself.”

Michelle exceeded all expectations and lived a happy and full life for three years after her diagnosis but her health deteriorated last summer and she died at the John Taylor Hospice in Erdington in August.

Now Denise and Debbie are organising a black-tie charity ball in Michelle’s memory, to mark what would have been her 48th birthday.

“After she died we were lost,” said Debbie. “But we knew we wanted to do something for her. That’s when Denise came up with the idea of doing a ball. We knew it had to be a big party, because if Michelle was here that’s definitely what she would have wanted. She loved a party. Little did we know that it was going to take over our lives!”

The event will raise money for the John Taylor Hospice and Breast Friends Sutton and Tamworth, a cancer support group based at Good Hope Hospital – both charities helped Michelle during her illness.

The friends hope to sell 250 tickets for the ‘That’s What Friends Are For’ event, to be held at the National Motorcycle Museum on 22nd February.

Tickets for the ball cost £35. To buy tickets or donate prizes, email: twfafball@gmail.com.