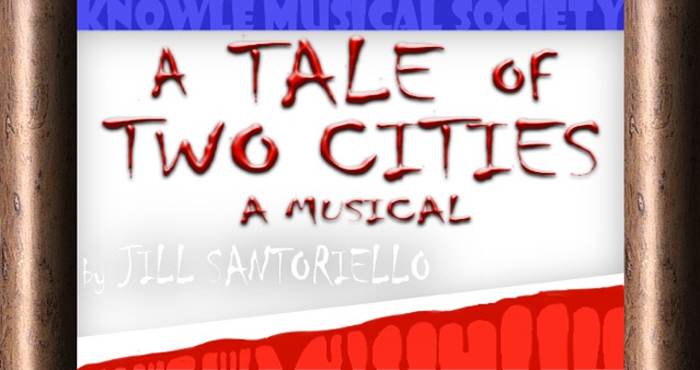 The group has received a special message of support from the writer of the successful Broadway musical it is set to perform after she saw a preview video on YouTube.

Jill Santoriello, who wrote A Tale of Two Cities, the musical, contacted Knowle Musical Society after seeing a preview video featuring snippets of songs being performed by the cast during rehearsals at Bentley Heath Primary School.

The group is set to perform the English premiere of the show, adapted from the Charles Dickens novel, at Solihull Arts Complex in March.

In a personal message to the group, Jill, whose show was nominated for the prestigious Outer Critics Circle Award for Outstanding New Musical in 2009, said: “I was delighted to hear that A Tale of Two Cities would be given its English premiere by Knowle Musical Society. When I saw the preview video on YouTube I was so impressed that I actually looked into the possibility of coming over to see the production even though the dates crossed with another trip I’m already committed to in Canada. Unfortunately, I couldn’t make it work but I really wish I could. The voices and acting I saw are top notch and I’m sure Knowle will do a brilliant job with the show. The costumes and wigs I’ve been seeing online look amazing too. This is clearly going to be a fantastic, first rate production. Good luck to everyone involved.”

John Castle from Solihull, who is appearing in the show, said: “We were amazed when we were contacted on the back of the video and it is just such a boost to everyone to know that it reached the writer of the wonderful Broadway original. Jill’s comments are fantastic and everyone is so pleased. This really is a spectacular show with such a great story. We are all really enjoying rehearsals, which are progressing very well and we can’t wait for people in Solihull to come and see us.”

Performances of Knowle Musical Society’s A Tale of Two Cities will take place at Solihull Arts Complex from 10th – 15th March at 7.30pm (matinee at 2.30pm on Saturday).

For more information on the show or to book tickets: www.knowlemusicalsociety.co.uk – or call Solihull Arts Complex box office on 0121 704 6962 or visit: www.solihullartscomplex.co.uk.