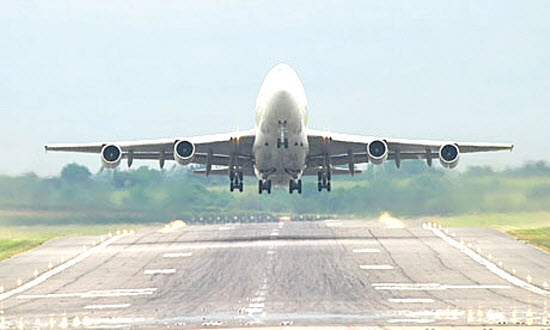 Controversial  ‘alternative flight plans’ proposed by Birmingham Airport are to be trialled from May – it was confirmed on Wednesday (9th).

Since summer 2012 the Airport has been developing an Airspace Change Proposal, required for a change to departure flight paths to the south of the Airport created by the new runway extension.

After considering two viable options in detail – and following extensive public consultations – the airport submitted its preferred route, Option 5, to the Civil Aviation Authority (CAA) in August last year saying it believed the overall environmental and operational attributes of both routes considered (Options 5 and 6) were ‘very marginal’.

Following its submission the airport continued to receive high levels of feedback from the local community and was advised other UK airports have been undertaking trials of flight paths. As a result it has now agreed to carry out trials of both options to help bosses understand the actual impact of the proposed changes rather than theoretical modelling.

The trials – which will take place over six months from 1st May – will allow RNAV (precise navigation) procedures to be tested objectively to assess the impact.

The proposals sparked outrage in the affected villages when they were revealed last year – with Balsall Common residents and campaigners calling for the creation of the alternative Option 6 to push aircraft further away from the village towards Hampton and Barston.

In its decision to adopt Option 5 the Airport said it chose Option 5 because its centreline ‘avoids the village of Barston and flies mostly over open countryside rather than directly over populated areas’.

It added the route was positioned closer to Balsall Street East in Balsall Common, but that the area was further out from the airport so aircraft would be higher.

David Read, Barston Parish Councillor and the village’s representative on the Airport Consultative Committee, said Option 5 would be noisier for everyone – but only marginally, while Option 6 would see planes flying straight over the centre of Barston at low altitudes.

“It is this reason Option 5 was chosen in the first place and I don’t really see how the trials will change this.”

He added that he hoped the airport would have noise monitors in each of the villages during the trials to ensure fair representation.

“Barston had a noise monitor installed last summer to keep records for any future monitoring so we will be able to provide a before and after view of the noise levels in the village,” he said.

A final decision on the plans is expected next spring and the airport has reiterated that the trials are ‘not a further consultation’.