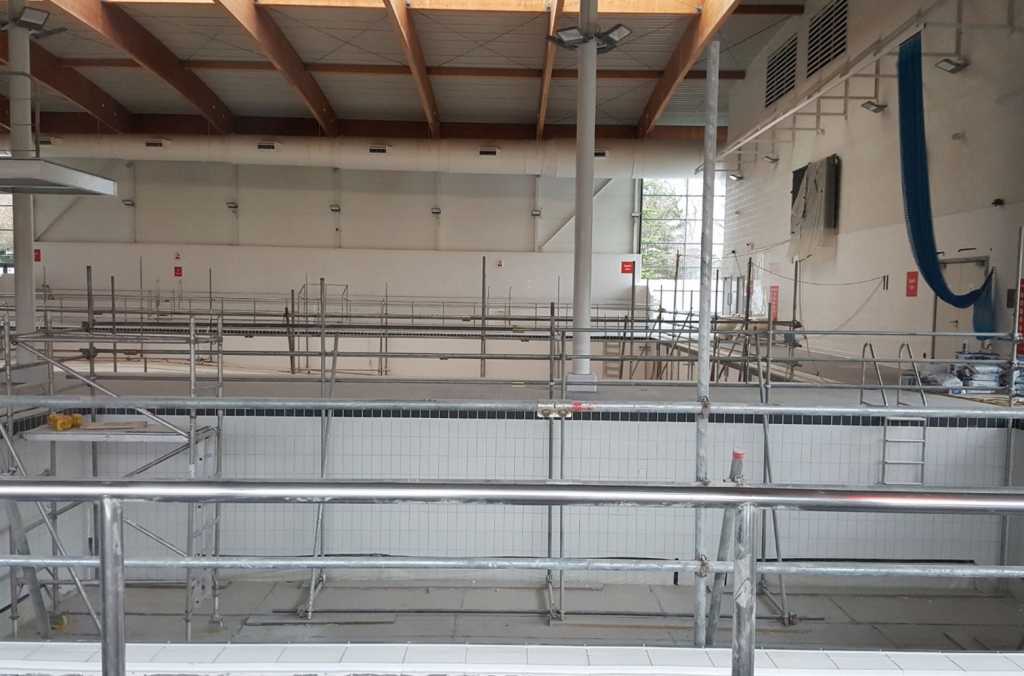 Recent concerns about algae in the swimming pool at Solihull’s Tudor Grange Leisure Centre were raised at a council meeting this week.

Cllr Laura McCarthy (Lib Dem, Elmdon) had flagged up reports that the green growth had been spotted on tiles and in the water at the recently refurbished facility.

Council officers said the issue would be discussed with Everyone Active, the leisure provider.

In a statement this week the firm said sunlight streaming through the skylight could cause small amounts of algae to form, although it insisted it posed no risk to visitors’ health.

The issue had been raised as councillors were briefed on plans to set up a board, which will oversee the contract for managing both Tudor Grange and North Solihull Sports Centre in Chelmsley Wood.

The swimming facilities at Blossomfield Road had reopened in March following almost five months of “essential maintenance”. Earlier this year it was estimated that the repairs had cost £671,000.

Ruth Tennant, the council’s director of public health, said: “Obviously they test the water quality all the time, there’s very rigorous tests of the quality standards.

“So if there’s anything like that then they will be making sure there aren’t any risks around it.

“We will follow it up as there’s obviously really regular contact with Everyone Active management … to make sure that everything is on track.”

Wayne Desmond, contract manager at Everyone Active, said: “On very hot days, like those experienced recently, sunlight coming in through the skylight above the pool can cause small amounts of algae to form.

“Although unsightly, the algae poses absolutely no risk to health and safety as there are treatments already present in the water to address it.

“Our duty managers will be checking the pool every morning to remove any algae, in addition to the automated cleaning programme that vacuums the pool every night.

“We have also recently purchased an algaecide treatment to prevent algae forming during particularly hot weather, as well as new cleaning equipment that makes it possible to clean all areas of the pool while it is in use.”

Solihull Council had previously signed a ten year contract for the firm to manage its two leisure centres, with the new set-up starting last summer.

It is intended the “oversight board” meets twice a year.

Cllr Joe Tildesley, cabinet member for leisure, tourism and sport, said he hoped the meetings would cover “everything” tied to the contract.