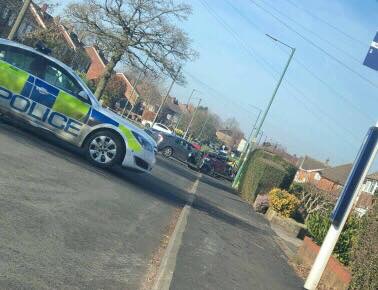 Police are currently investigating following a two-car collision on Yardley Wood Road, Shirley just before 10am this morning (14 February).

A man in his 70s was taken to hospital with serious injuries where he remains in a stable condition.

A 32-year-old man was arrested on suspicion of theft of a motor vehicle, dangerous driving and drink driving. He remains in police custody this afternoon.

Enquiries are on-going to trace a second man who left the scene before officers arrived.

Sergeant Alan Hands, from the Serious Collision Investigation Unit, said: “I would appeal to anyone who witnessed the collision and hasn’t already spoken to us, or has CCTV or dash-cam footage to get in touch.”