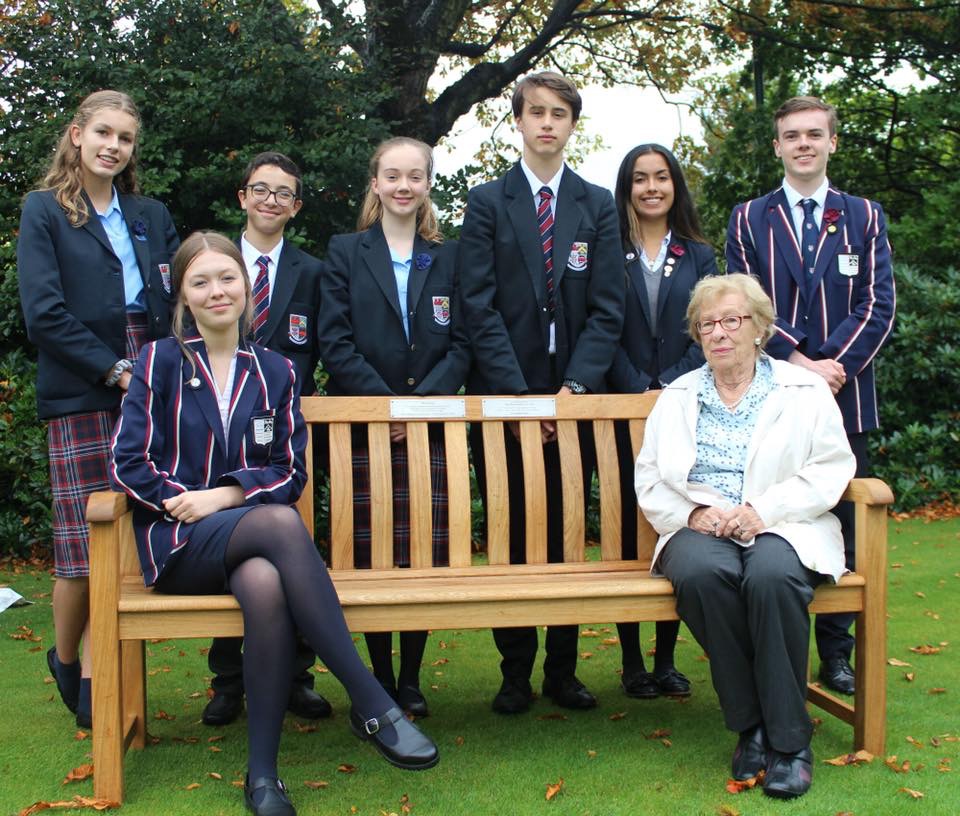 Anne Frank’s stepsister, Auschwitz survivor and activist Eva Schloss MBE, visited Solihull School to watch a play based on her life and spoke of her fear at the amount of discrimination which exists in the world.

The internationally renowned speaker watched a performance of And Then They Came for Me, which combines recorded interviews with Eva and fellow Holocaust survivor Ed Silverberg, on Wednesday 25 September.

Eva and her family went into hiding in Holland after the Nazi invasion, before they were betrayed, arrested and sent to concentration camps, where her father and brother perished.

Eva’s visit was part of Solihull Speaks, Solihull School’s progressive conference programme for primary and secondary school teachers, featuring speakers and organisations who lead the way in actively tackling discrimination and hate crime in all its forms.

The event also featured The Promise, an exhibition telling the story of Eva’s brother Heinz Geiringer and the artistic talents he cultivated whilst in hiding for almost two years during the war.

It was brought to life with reproductions of Heinz’s astonishing paintings, which were salvaged from obscurity by his sister and mother after his death.

During the event, a bench dedicated to Heinz’s memory was unveiled in the school’s grounds, next to a sapling taken from the tree that Anne Frank could see from her hiding place in Amsterdam.

Eva said: “Thank you so very much for this very special and emotional day. This is the first and only memorial for my beloved brother Heinz and, indirectly, also to my dad.

“His wise words will be a lesson to the many children who will come to sit on the bench and reflect on life.

“This corner of your school, together with the Anne Frank tree, will be a poignant place to also remember the Holocaust. I can’t thank all those involved enough.”

Solihull School headmaster David EJJ Lloyd said: “It was an absolute honour to welcome Eva, Ahmad, Mindu and all our speakers to the school.

“We strongly believe that only by educating young people about the atrocities of the past can we help shape a better future for everyone.

“The messages they delivered were so powerful and moved everyone who attended Solihull Speaks.”

There were bespoke presentations for both primary and secondary teachers on gender discrimination as well as workshops by The Holocaust Educational Trust and Remembering Srebrenica detailing the support they can offer schools in tackling prejudice and discrimination.

Also, there were workshops featuring the comprehensive educational programmes offered by the anti-prejudice charity The Anne Frank Trust UK, which was co-founded by Eva.