Solihull man hopes to wow judges on The Voice 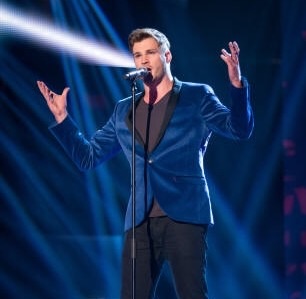 A local man will hope to win over the judges when he appears on this weekend’s episode of hit BBC One programme, The Voice UK.

Karl Loxley, from Balsall Common, is hoping his rendition of ‘Nessun Dorma’ will attract the attention of Rita Ora, Will.I.Am, Ricky Wilson and Sir Tom Jones.

Others may have shyed away from an opera classic made popular by the late, great Pavarotti, but trained classical vocalist Karl knew that if he wanted to impress people, he would have to take the song and ‘nail it.’

While recording at a studio in Birmingham, a scout from the hit BBC One show called the owners in search of potential applicants who had something ‘a little bit different’.

Karl’s name was mentioned – and the rest is history.

Having studied Musical Theatre at the prestigious Guildford School of Acting, 24-year-old Karl is no stranger to performing – narrowly missing out on roles in hit West End shows including The Phantom of the Opera.

Not one to be disheartened, the part-time Co-Op worker returned to live at home and has since become a celebrity of the Stratford-upon-Avon busking scene – attracting a crowd of more than 200 people on his first performance.

Speaking about entering the competition, Karl said that his performing background did not mean the nerves evaporated.

He added: “I have been to loads of auditions before, but they have never been televised so that’s nerve-wracking, but a couple of my ‘fans’ from my busking told me to go for it.

“I’m really nervous to see what I look like on television.

To see if Karl makes it through to the next round of the competition, tune in to BBC One on Saturday night (14/02) at 7.15pm.