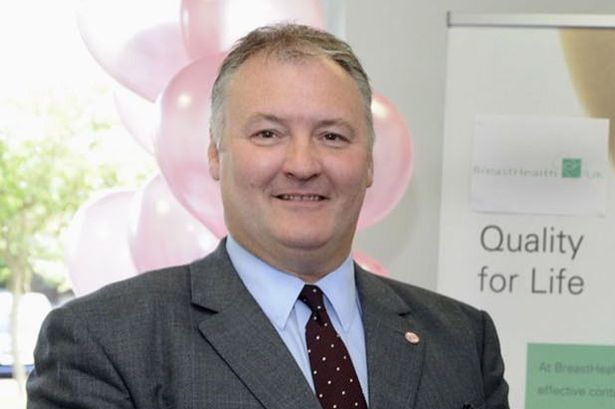 Shamed ‘cleavage sparing mastectomy’ breast surgeon Ian Paterson has been ordered to take independent tests to establish his mental capacity after claiming he is too ill to fight legal action because he is suffering psychiatric problems.

Paterson, who worked at Solihull Hospital and privately-run Solihull Spire and Little Aston Hospitals until 2012, is accused of carrying out risky and unnecessary operations on hundreds of patients – putting lives as risk and causing unthinkable suffering.

Many of his victims were exposed to greater risk of their cancer returning because of his controversial and unapproved technique, while others were operated on for absolutely no reason at all – they were treated and operated on for cancer when they didn’t have the disease.

NHS-run Solihull Hospital has and is in the process of settling legal claims against it.

Meanwhile hundreds of Paterson’s private patients have been left in ‘legal limbo’ following the Medical Defence Union’s (MDU) decision to withdraw its insurance for him – claiming his actions fell outside of their insurance terms.

Spire Healthcare says it has been unable to progress any further with the case as Mr Paterson was not fit to instruct his lawyers or face the allegations.

But in a key move for Paterson’s victims, Mr Justice Charles – sitting at the Royal Courts of Justice – has ordered Paterson’s defence team to allow an independent assessment of his mental capacity.

Kashmir Uppal, a clinical negligence solicitor who is representing the patients, said: “I am incredibly disappointed that the resolution of the civil cases against Mr Paterson is still being delayed due to his legal team’s failure to comply with the orders of the court.

“This is just increasing the distress already suffered by the innocent women who were subjected to unnecessary and incorrect operations.

“It is outrageous that he continues in his attempts to avoid being held liable for his action.”