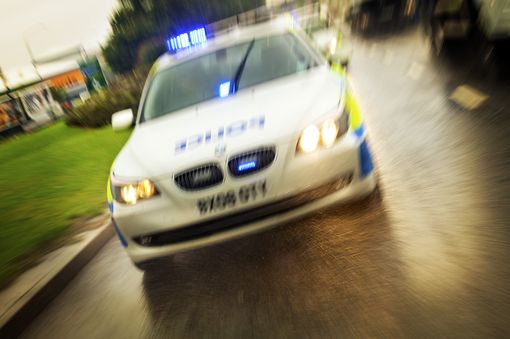 A suspected thief was so desperate to get away from traffic police overnight that he drove the wrong way down the A45 and M42 in Solihull.

Police first spotted the car at a petrol station on the Birmingham Road shortly before 12 yesterday evening (18th June).

It was immediately linked to a burglary at a flat in the Holbrooks area of Coventry just minutes earlier, during which the residents were threatened at knifepoint – but before police were able to approach the occupants, the Audi S3 Quattro sped away the wrong way down the A45 and out of sight.

Around 20 minutes later, at 12:17am, officers raced to the M42 southbound after the car was picked up by camera operators heading past junction 2.

But when they threw a stinger in front of the Audi on the motorway’s exit slip road at junction 3, the car performed a dangerous u-turn and began driving the wrong way along the hard shoulder.

Shockingly, the driver even turned off the car’s headlights in a bid to get away, as it headed towards oncoming traffic.

Officers specially trained in bringing high-speed chases to a safe conclusion quickly made contact with the car, forcing it to turn again and travel in the right direction.

The pursuit was then abandoned in the interests of public safety and the National Police Air Service began tracking the vehicle from the sky.

When it crashed into a central reservation, the driver and passenger got out and dodged traffic to run across the northbound carriageway into thick copse next to a nearby canal.

Exactly an hour after the crime was committed, at 12:55am, a 32-year-old man was arrested on suspicion of aggravated burglary and is being questioned by detectives today.

The other person in the vehicle is still on the run.

Detective Sergeant Gareth Mitchell, from the Serious Acquisitive Crime Team at Force CID in Coventry, said: “Our control room ensured police flooded the area when the initial 999 call was made reporting the break-in.

“The thieves had a knife and a knuckleduster and it must have been horrific for the couple that were threatened in the flat, but thankfully they were uninjured after handing over keys to the Audi.

“The arrest of a man so soon after the burglary was a result of fantastic work by our traffic officers as well as the Central Motorway Police Group, West Mercia Police and the National Police Air Service.

“Whilst public safety always comes first, we’ll do everything in our power when dangerous suspects are within our sights to stop them from getting away and causing any further harm.”

Any witnesses to any of the events last night should call Force CID in Coventry on 101 or the independent charity Crimestoppers anonymously on 0800 555 111.