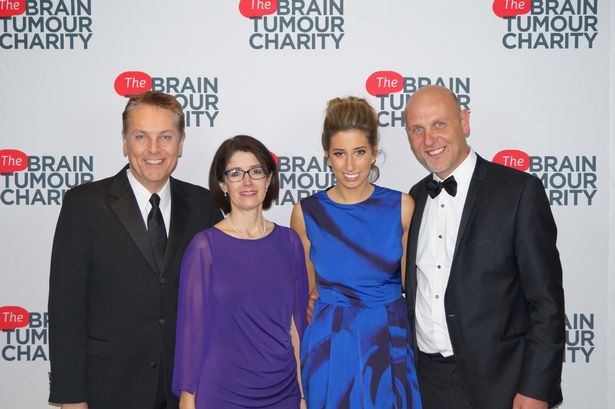 A star-studded line up including X Factor star Stacey Solomon and comedian Brian Conley helped a ball held in memory of a Solihull boy raise £350,000.

The sell-out event in aid of The Brain Tumour Charity, was held in honour of Joseph Foote, who died from a brain tumour in 2007 aged just nine.

His dad Andy launched the Joseph Foote Trust in 2001 after his son Joseph was diagnosed with a brain tumour. The trust then merged with Brain Tumour UK to form The Brain Tumour Charity in 2013.

Andy, chairman of the charity, said: “I’m thankful for the support that has once again been shown by so many individuals living and working in our community.

“The ball is obviously extremely important to me and the money raised will make a huge difference to those currently suffering and those who may be affected in the future.

“The sad truth is that unlike other cancers, survival rates for those with brain tumours have not greatly improved over the past 20 years.

“We urgently need to drive forward research towards more effective treatments and that’s why public support continues to be so important.”

The Brain Tumour Charity has a number of fundraising events planned over the next few months, including a golf day in Joseph’s memory at Forest of Arden on 16th October and a ‘Row for it’ challenge.

For more information, go to the charity’s website at www.thebraintumourcharity.org.