Cemetery plans have been re-submitted 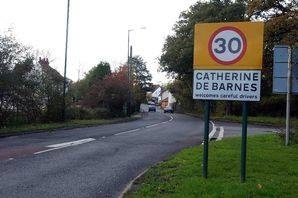 Plans for a 4,000-plot Muslim cemetery in Catherine-de-Barnes have been re-submitted to Solihull Council.

The plans are identical to those previously withdrawn in March – but with more information provided in an attempt to justify the plans.

The previously withdrawn application came under fire for its impact on the Green Belt and the fact adequate provision is already made for Muslim burials in the borough’s existing cemeteries.

All previous objections to the proposal will be taken into consideration by Solihull Council – anyone wanting to make further objections or offers of support can do so by emailing: planning@solihull.gov.uk. (The email must contain your name and address and the new application reference number – 2014/1160).