Chelmsley Wood apprehensive over launch of ‘People Like Us’ TV show 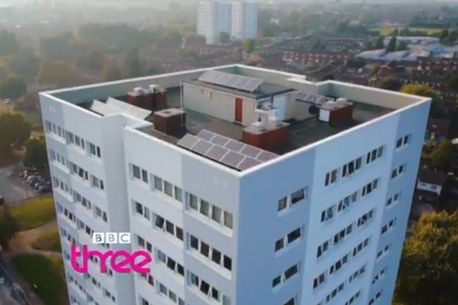 A councillor has told of the air of apprehension hanging over Chemsley Wood as the first episode of the BBC documentary People Like Us airs tonight (29th).

The show follows Chemsley Wood residents over a total of six episodes in a bid to ‘reflect the true lives’ of people living on a housing estate.

But Councillor Chris Williams said that locals were feeling anxious about how the show had been edited, following the controversial first series set in Manchester.

“People are quite concerned” said the Green Party councillor. “They are worried that Chemsley Wood is going to be portrayed in a bad light.

“While we all enjoy having entertaining friends, we are worried the editing may portray us unfairly and that the residents will be used to poke fun at living here.”

The series will focus on people like ‘single mum and determined job hunter’ Sade along with Mo, the ‘joking shopkeeper whose body is his temple.’ There is also Antonio, whose ‘criminal past is never far behind’ and sisters Becky and Louise, looking for love against the odds.

It also features 61-year-old stripper Paul Moses who once boasted about cheating on his partner with 205 women.

But despite his concerns, the councillor said he was confident that the community will be brought together by the show.
“There is a very strong community spirit in Chemsley Wood,” he said .

“The company making the show is London-based, and an outside threat.

“They are here to make money essentially.

“Whatever happens, the community will stick together.

“I’ll be watching the show, and I hope that I am proved wrong, and that the producers have learnt from their mistakes in Manchester.

“But I won’t be holding my breath.”