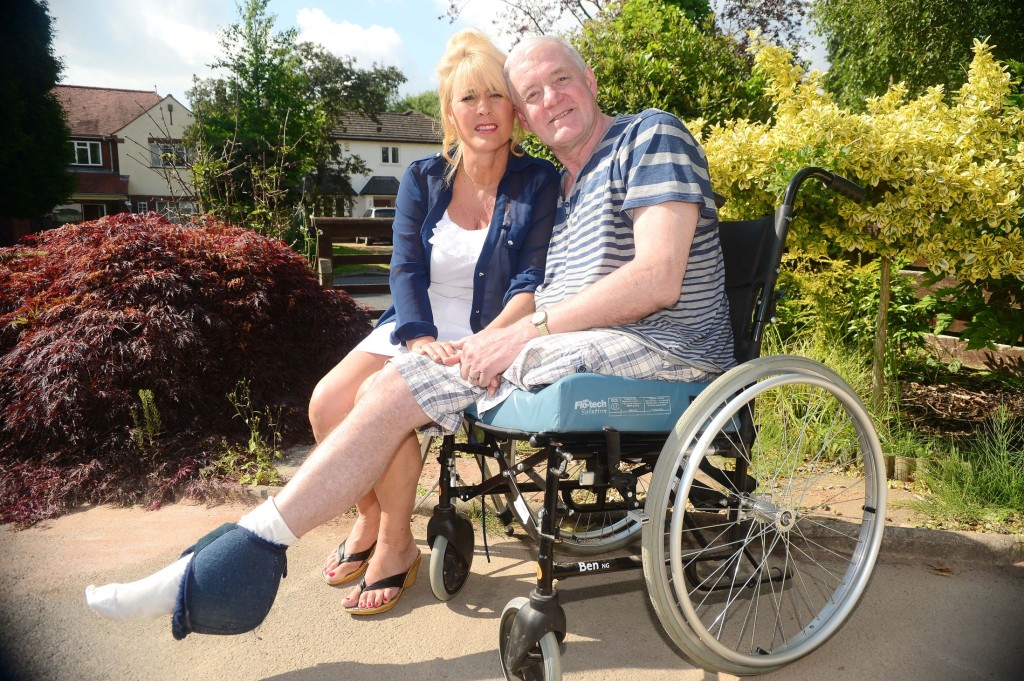 A choirmaster awoke from a coma – after his wife played a recording of his singers in action.

Barry Todd even began whistling along in time to the strains of the Midland Voices group.

The 64-year-old said music had always been his life – and now it had saved it.

Barry, who beat 100-to-one odds to survive an aortic aneurysm, had been unconscious for ten days.

He said: “My wife played music and I began to join in and whistle.

“I was only semi-conscious.

“I don’t think I even realised I was doing it.

“I had been unconscious for about a week and a half but they say hearing is the last thing to go.

“Music stimulates the brain and it could well have been that it helped me come out of it.

“I very nearly died and I was lucky to survive – only one in 100 does.

“I was a very active person, it happened totally out of the blue.”

His wife Carol stayed at his bedside playing a selection of tracks from Midland Voices.

Barry needed 12 operations as he recovered at Coventry’s University Hospital.

Doctors were forced to amputate his left leg but he hopes to be able to stand and conduct one of Midland Voices’ three choirs at a concert later this month.

“To be able to rehearse the choir is uplifting,” Barry said.

Barry has spent his career in the entertainment business after studying the piano and trumpet at the Guildhall School of Music and Drama.

He founded Midland Voices five years ago and its choirs rehearse at venues across Warwickshire.

Barry’s 230-strong choir and a 35-piece professional orchestra will give an annual summer concert at Warwick Arts Centre at 7.30pm on 28th June.

It will feature classic songs from the world’s greatest musicals, including Les Miserables, Phantom of the Opera and Grease – tickets are available from the booking office on 024 7652 4524.