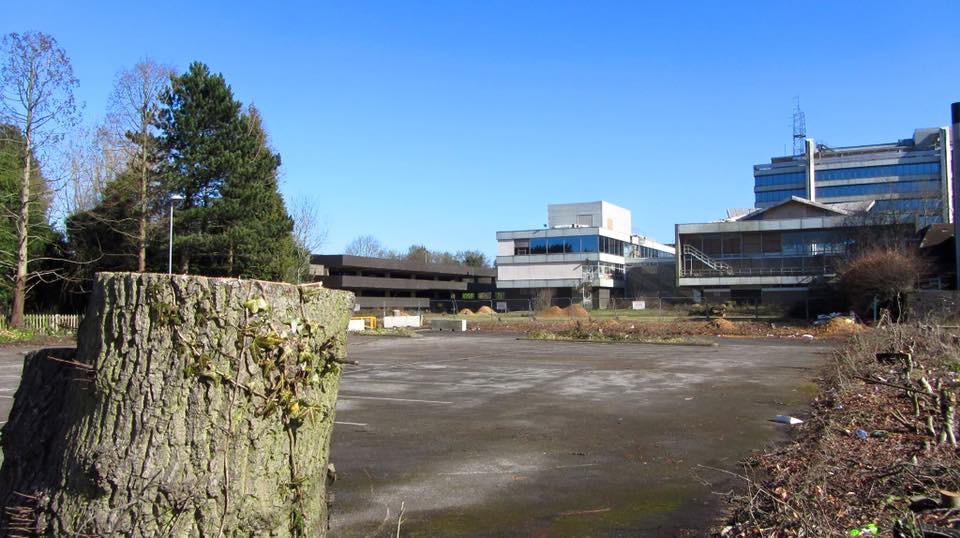 Clearance of the former Powergen site on Stratford Road and Haslucks Green Road in Shirley has now begun.

The building is to be demolished and surrounding area regenerated.

A £75 million scheme is being led by Shirley Advance (developer of nearby Parkgate) and will include a 261-unit ExtraCare retirement village, 113 new houses comprising 57 two bedroom apartments and 56 two, three or four bedroom houses and an Asda petrol station.