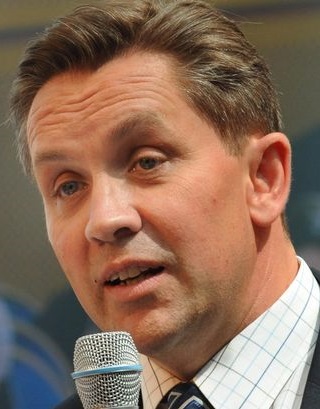 The move, which ends months of speculation about his future, will see commercial director Mike Coupe takeover at the helm of the group.

Locally, the major supermarket chain has been at the centre of controversy with residents of Dorridge up in arms over plans to build a Sainsbury’s in the village centre. As well as concerns over the impact the store will have on the village, residents are also becoming anxious over the continuous construction delays.

Mr King has been credited with reviving the fortunes of the national business and, more recently, helping it fight off growing pressure from discount retailers. He was the head of Marks and Spencer’s food department when named as successor to chief executive Sir Peter Davis. He had previously worked for Mars and as the boss of Asda’s hypermarket operation.

The 52-year-old, who went to Solihull Sixth Form College before studying at Bath University, was involved in the introduction of Haagen-Dazs ice cream to the UK. Since his appointment, Sainsbury’s said its number of store transactions had grown by around 10 million to 24 million. It generated sales of £25.6 billion in the most recent financial year, compared with £16.1 billion in 2004-2005 and underlying profits have almost trebled to £756 million.

Mr King, who will stand down at the annual general meeting on 9th July, said: “This was not an easy decision for me to make, and in truth it will never feel like the right time to leave a company like Sainsbury’s. It has been a privilege to have led the company for the past 10 years and I am incredibly proud of our achievements in that time. I am confident that under Mike’s leadership the business will go from strength to strength.”