Double-crewed ‘traditional’ ambulances could be stationed at Solihull Hospital 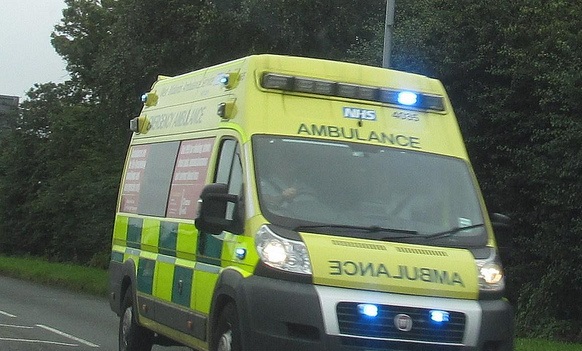 West Midlands Ambulance Service (WMAS) agreed to put the ambulances back into the borough after a series of problems created by its Make Ready scheme to base traditional ambulances at a new hub in Erdington and rapid response vehicles in communities.

Among the key problems experienced during the switch were delayed response times which led to serious concerns from communities and campaigners. In Solihull the service had planned to base one ambulance at the fire station, another at the Josiah Mason House on Green Lane in Shirley and another at Joshiah Mason Court in Olton/Acocks Green but plans have had to be hastily changed after trustees at Josiah Mason decided against housing the crews. As a result they are now in advanced talks for the three ambulances serving the borough to be based at Solihull Hospital – a plan which has been welcomed by campaigners and service users.

The long search for a rapid response base in Knowle, Dorridge or Bentley Heath is also set to be resolved with talks in advanced stages for all four of its Solihull South units set to be based at the Blythe Practice doctors on Warwick Road in Knowle.

Ambulance service bosses are due to meet with hospital bosses on 12th April to finalise the proposals and the new system is expected to be operational by the end of April 2014 – three months after the two-man crews were scheduled to be back based in the borough.

Trevor Eames, secretary of the Solihull Ratepayers Association welcomed the proposals  but was angry at how long the entire process had taken and the troubles the Make Ready scheme had caused for the people of Solihull. He added: “We welcome new arrangements to base Ambulances at Solihull Hospital and the 24-hour local RRV cars but are very concerned that this has left Solihull with an inadequate ambulance service for eight months. The whole changeover has been badly managed since the closure of Hermitage Road Station, putting a lot of pressure on ambulance crews during the busy winter period.”

Solihull MP Lorely Burt added: “I am disappointed that the return of Double-Crewed Ambulances has been delayed, although I must admit the original deadline seemed ambitious. I will watch this closely and update my constituents on any further developments.” A spokesperson for WMAS confirmed it was in advanced and on-going talks regarding both of the moves.