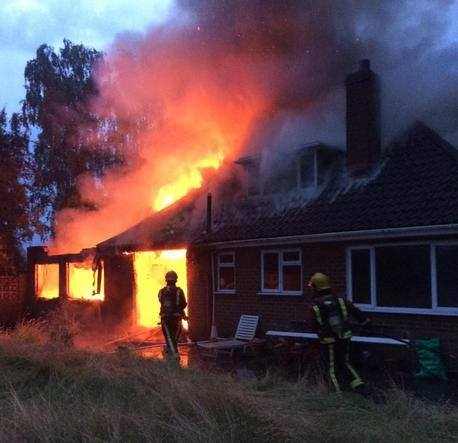 Firefighters have been battling a large bungalow fire in Solihull, which has almost completely destroyed the property.

Fire Crews from Billesley, Highgate, Kings Norton and Solihull were called to the scene on Tythe Barn Lane, Dickens Heath, at 4.43am this morning.

Eight firefighters in breathing apparatus were deployed to tackle the blaze in which an explosion is reported to have occurred.

West Midlands Fire Service said the cause is still being investigated.

At 8.00am the operation to put out the blaze was scaled down and two fire engines remain at the scene.