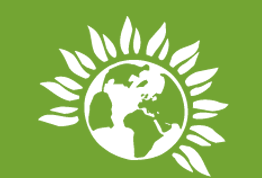 A Solihull Liberal Democrat has become the fourth councillor to defect to the Green Party in disapproval at the party’s performance in the Coalition Government.

Elmdon councillor Jean Hamilton has joined the Greens, which means the party now has seven seats on Solihull Council, one more than Labour. She follows councillors Howard Allen, Andy Hodgson and Tim Hodgson who have defected since 2011.

Councillor Hamilton said: “I have been extremely disappointed with many decisions agreed to by the Liberal Democrats in coalition. Decisions made on vital issues such as education, the NHS, welfare support and the environment, have shocked and upset me.”

She said with national and European elections approaching she felt she could no longer campaign for policies she does not agree with. Despite the defections, leader of the Solihull Lib Dem group, Councillor Ian Hedley, claimed he had “no concerns” over losing more local members.

The Tories remain the ruling party of Solihull Council, with 28 councillors, while the Lib Dems are in opposition with nine and Labour has dropped to fourth place with just six.