Heart of England NHS Trust named among worst for complaints 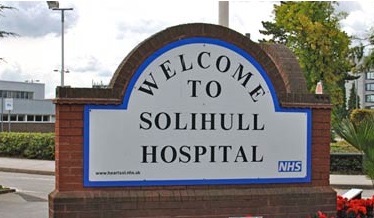 Heart of England NHS Trust has been named and shamed as one of the worst in the country for patient complaints.

The Trust – which runs Solihull, Heartlands and Good Hope hospitals, received 958 complaints to the Health Ombudsman over a 12-month period from 2013 to 2014 – a figure that equates to almost three complaints a day.

The shocking figures come just a month after it was revealed thousands of patients were waiting more than four hours in A&E and after a difficult 12 months of missing targets.

Latest statistics also show that over the same period the Trust received 404,697 clinical incidents ranking it the fourth busiest out of 440 NHS Trusts and CCGs across the country.

Responding to the new data a Trust spokesperson said: “As one of the largest Trust’s in the country we see and treat more than 1.2 million people in our hospitals every year.

“The PHSO report shows that we receive one complaint or comment for every 1,253 patients we see and treat.

“Last month over 90 per cent of our patients who responded to our regular survey highlighted a positive experience.”

They added that during the busy winter period the Trust’s focus and commitment would always remain on safe and quality care for our patients.

“To prepare for the inevitable demand on our services we have invested £2.5 million in additional A&E department staff and resources.

“We are actively recruiting 209 extra members of staff across the Trust to ensure vacancies are kept to a minimum.

“We have recruited 50 healthcare assistants alone.

“We have also invested in excess of 100 extra staff for our out of hospital packages and are looking at ways we can provide additional support services such as frailty units, increased medical cover for seven day services and care management for elderly patients.”