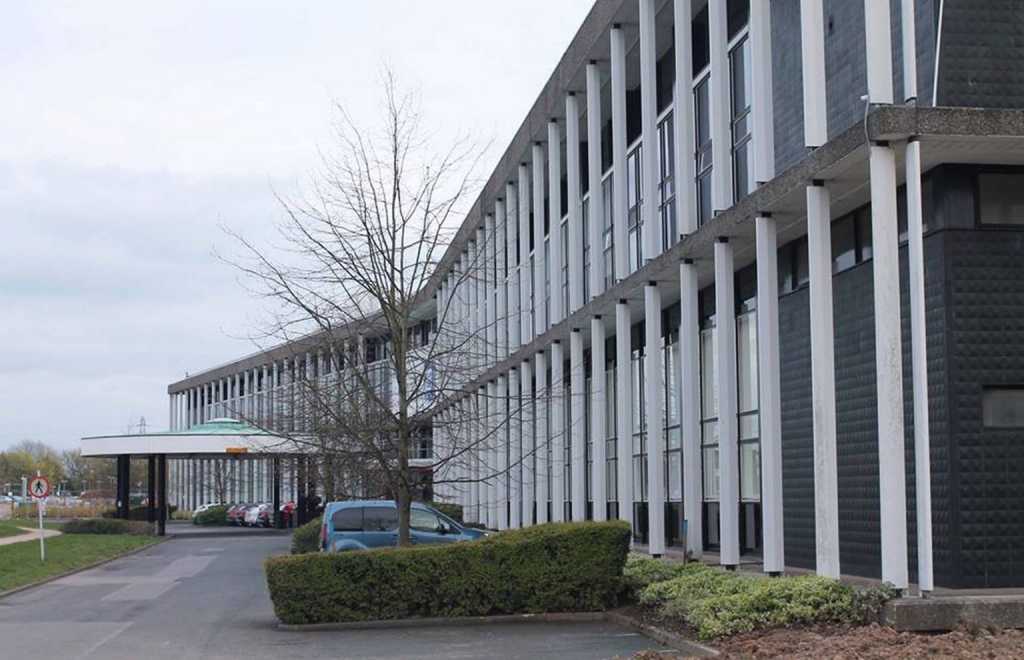 A historic building is set to disappear as part of a major redevelopment in Shirley, despite the concerns of conservationists.

Earlier this year, the Twentieth Century Society had objected to the proposed demolition of the ex-Lucas Industries building – arguing it was of “local importance”.

Aside from being a former base for one of the region’s key manufacturers, the entrance hall features a frieze by the celebrated sculptor and designer William Mitchell – whose artwork also adorns the walls of Harrods department store and Liverpool Metropolitan Cathedral.

Despite the recent plea by the heritage charity, plans to pull down the block, more recently known as the TRW Technical Centre, were rubber-stamped by Solihull councillors in February, as part of a wider construction project.

Developers M7 Real Estate, who are overseeing the multi-phase redevelopment of The Green, on Stratford Road, have said that the building will be extensively photographed and options for preserving the frieze are being considered.

Nonetheless, the news of the demolition has come as a blow to those who had hoped the building could be retained.

A report presented to councillors by planning officers conceded the premises would in time become “an increasingly rare example of its type”, but it wasn’t considered viable to repurpose the whole building.

Grace Etherington, a caseworker for the Twentieth Century Society, said: “In our experience a sensitive yet creative approach can successfully adapt a building of any age to a suitable new use, but sadly avoidable losses occur worryingly frequently.

“In our view this is because buildings of our period do not benefit from the same depth of research and analysis afforded to earlier buildings, and their significance is not recognised by decision-makers until it is too late.”

In a letter submitted to Solihull Council’s planners, Ms Etherington argued that there was limited information provided about the building’s “historic interest” and this made it hard to reach a balanced decision.

It said: “We consider the building to be locally significant, both as a reminder of the importance of Lucas Industries to the growth of the local economy, and as a distinguished piece of architecture.”

The phased redevelopment at The Green involves significant house-building and the construction of several car dealerships, with the project expected to create some 475 new jobs.

A M7 Real Estate spokeswoman said: “We are excited about our plans which over time will see a number of old buildings, that are no longer fit for purpose, replaced with much needed new homes including 152 senior living apartments, as well as over 500 new family dwellings, delivered in several phases over the next three to four years.”

The former Lucas building was designed by architects Clifford, Tee and Gale and occupied by the firm – which made components for both the motor and aerospace industry – from 1965.

There was a failed bid to have the offices listed by Historic England in 2011 and the developer points out that the demolition was granted approval on three separate occasions – in 2008, 2017 and this year.

The M7 statement continues: “This most recent consent did stipulate that a photographic recording of the building should be undertaken to museum standard as an addition to the Historic Environment Record and we are committed to delivering this.

“Over and above this, we are exploring a number of options to see if the frieze can be removed safely and preserved.

“These options include offering it to ZF [which acquired TRW a few years ago] should they want it in their new headquarters, donating it to a local museum or historical society, or selling it at auction to raise money for a local charity.”