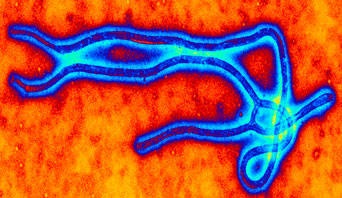 Bosses at the Heart of England Trust (HEFT) are prepared to tackle any potential outbreak of the Ebola virus.

There are yet to be any confirmed cases of the deadly virus in the UK.

But hospital chiefs across HEFT, which includes Solihull Hospital and Heartlands Hospital, are taking no chances and have reviewed their policy on Viral Haemorrhagic Fevers (VHF) – a severe illness, sometimes associated with bleeding, that may be caused by a number of viruses – ahead of schedule to take into account the outbreak.

HEFT has said it has robust contingency plans in place which are ready to be implemented should a patient at one of its hospitals show any signs of Ebola or another Viral Haemorrhagic Fever.

However, the trust is also stressing the importance that people are aware Ebola is not an airborne virus and as a result cannot be spread without extremely close contact.

A Trust spokesman said: “Key areas of our hospitals, such as A&E departments, critical care, paediatrics and the infectious disease ward at Heartlands, have been supplied with Personal Protective Equipment (PPE) and we are in the process of developing additional PPE training sessions for staff in those key areas.

“Processes are under constant review as more becomes known in what is a constantly changing situation and we will amend our procedures accordingly.”

Following the exposure of healthcare workers in Spain and in America in recent weeks the Trust has increased training for staff on PPE.

The Trust added : “People can be reassured that the risk to the general population is incredibly small.

“At present those at risk are only those with travel to affected regions, or who have had contact with those who have themselves had Ebola.

“There are of course other illnesses people can get from travel – the most significant being malaria.

“It is important that those who become unwell shortly after travelling to tropical regions seek medical advice.”

The virus has killed more than 4,000 victims across West Africa alone and there is no known cure.

*At present people are only at risk of Ebola if they become unwell within three weeks of returning from an affected country – currently Liberia, Sierra Leone and Guinea – or if they have had contact with someone with Ebola in the last three weeks.

*If such a person developed a fever but was otherwise well, they should not touch anyone and phone NHS 111.

*They will be assessed over the phone and where necessary an ambulance will be arranged to bring them to an isolation room at their local hospital.

*The hospital will then take blood samples, and one of these will be sent to the Public Health England testing facility in Salisbury for a rapid Ebola test – including transport time it usually takes 12 hours to get this result.”