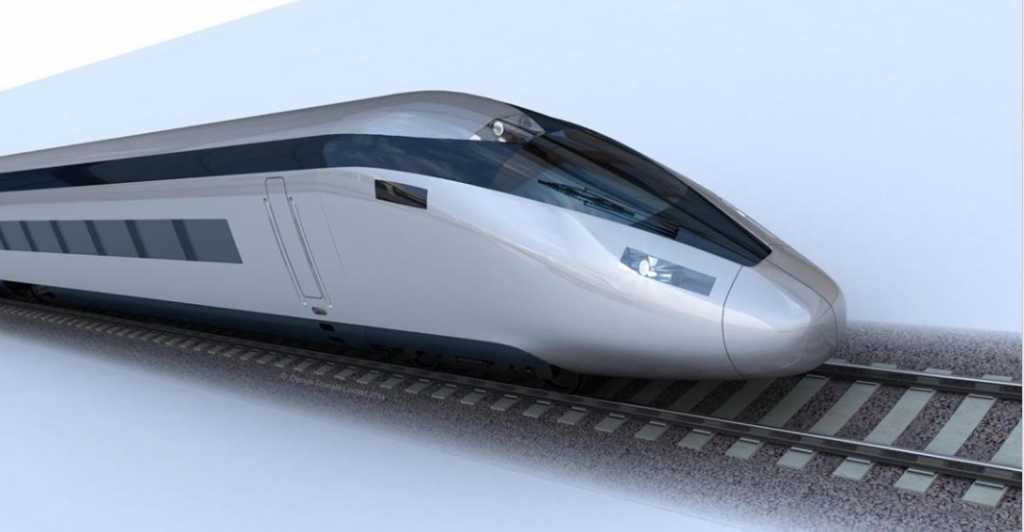 Few developments have proven to be as divisive as HS2 – the multi-billion pound transport project on which construction work is finally due to start next year.

Solihull is one of the 25 local authorities through which the London-Birmingham stretch of the rail line will pass, and for almost a decade debate has been raging in the borough about whether the scheme is a cause for celebration or despair.

Supporters talk up the economic benefits and the jobs and investment they argue will be drawn to the area surrounding the new Interchange Station, to be built near the NEC.

Opponents remain deeply troubled about the noise and disturbance, the loss of green space and the chaotic scenes they fear will unfold between now and the line opening in 2026.

The strength of feeling was very much apparent during the most recent meeting of Solihull Council’s HS2 Implementation Advisory Group.

Around the table were borough councillors, some of whom represent wards on the front line of development, a former cabinet minister and representatives from HS2 Ltd.

Also in the room were some of the residents most concerned about what the project will mean for their communities and they came armed with many questions about what aspects of the scheme could mean.

Here we explore some of the biggest issues facing the borough, many of which are likely to prove flashpoints as the countdown to construction begins.

* What is happening to the Bickenhill Waste & Recycling Centre?

A question mark is still hanging over whether Solihull’s only tip will need to be moved to make way for the HS2 development.

As far back as 2015, the council’s cabinet had been told that the work would mean that the facility would need to be relocated to a new site, and it was proposed that land be made available to the east of the rail link and south of the A45 Coventry Road.

Last month, Hampton-in-Arden parish councillor Vicky Woodall had asked for an update, pointing out that there had been no news for quite some time.

HS2 Ltd’s Jonathan Lord said: “[We are looking at] whether we still need to move the waste facility.”

He admitted that the future plans for the site was “a key community concern” but said that proposals were still being finalised and it would be several months before the company had a definitive answer as to whether the centre would be able to remain where it is.

Construction contractor Balfour Beauty Vinci, said it would be “nice” if this could he achieved, but it couldn’t promise at this stage.

* What will the HS2 rail link mean for local wildlife?

Ever since the appearance of the first route maps, which showed the line cutting through fields and woodlands, HS2’s opponents have argued that the project will have a devastating impact on Solihull.

Sheila Cooper, from Berkswell, made no secret of her concerns about the effect the scheme would have on “irreplaceable habitats” and endangered species.

“This project will be the most destructive to the environment and wildlife in a century,” she said.

“The loss of ancient woodlands, hedgerows, trees and pasture and the eco-systems they support will be felt for generations to come.”

Dame Caroline Spelman, the MP for Meriden, had sought to allay some of these concerns.

“Whilst you can never replace ancient woodland, the law does require the developer to offset biodiversity in a scientific way,” she said.

The former Environment Secretary also highlighted recent discussions about the possibility of creating a new National Park at the centre of the West Midlands and how this could revitalise existing landscapes.

“There is a really ambitious proposal afoot … Globally it would be the first National Park at the heart of a city conurbation.

“I don’t know whether we will pull it off, but if we did it then it really would be quite something.”

Cllr Alison Rolf (Con, Bickenhill), who chairs the council’s advisory group, confirmed that she had asked that a report on ecology be prepared for a future meeting.

*How will Chelmsley Wood be compensated for the loss of green space?

While there has been a lot of discussion about what the rail link will mean for Solihull’s rural communities such as Berkswell and Hampton-in-Arden, there has arguably been less focus on how the scheme will impact on one of the borough’s most built-up areas.

This is despite the fact that the high-speed carriages will pass a short distance from Chelmsley Wood and that the estate will be losing a valuable patch of green space, near Yorkminster Drive.

This issue was raised by Richard Lloyd, a member of the Heart of England High Speed Railway Action Group and long-standing critic of the development.

“The public open space is going to be lost, with tremendous noise impact on their recreational ground there. It was proposed to get replacement land, but the [House of] Lords Select Committee took that out … we haven’t heard any news since.”

Mr Lord said there were ongoing discussions with Solihull Council and he admitted that HS2 Ltd hadn’t expected the decision previously taken by the Upper House.

“There is an impact we need to mitigate and once we reach a position where we can start talking to the local community, we will do.”

* Will Solihull’s roads be able to cope?

There has been fierce debate about how Solihull’s roads will cope with highways being realigned and the volume of construction traffic which will descend on the network.

Plans for the Balsall Common area, unveiled at the recent meeting, led to a flurry of enquiries from residents who were concerned about large vehicles negotiating country lanes and placing pressure on routes which are already heavily congested.

North of the A45 there are similar anxieties, with Cllr James Burn (Green, Chelmsley Wood) having previously voiced concerns about the increased volume of vehicles using Chester Road – a route where residents are already complaining of significant delays during rush hour.

Cllr Bob Sleigh, Leader of Solihull Council, has been at pains to stress the importance of keeping the transport network moving during the work, arguing that the borough has past experience of accommodating projects such as Birmingham Airport’s runway extension.

In terms of the day-to-day job of dealing with applications from HS2 Ltd, which will mean changes to the borough’s roads, the local authority last week agreed the process it will follow.

While agreeing that minor issues should be dealt with by his officers, Cllr Ted Richards, cabinet member for transport and highways, said: “It’s only right and proper that any major determinations on the highway have to come through this decision session.”

*What will the benefits be for Solihull’s economy?

Conservative-run Solihull Council will be aware that HS2 has many ardent opponents in Solihull and that the front-line of development runs through a couple of traditionally Tory wards.

For several years the ruling group has repeatedly stressed that, despite the impact on a number of communities, there will also be benefits for the borough.

Cllr Ian Courts, the cabinet member for managed growth, said: “This is a major infrastructure [project] and it is going to happen. And whether we like it or not, it is going to cause difficulties.

“What we have to do is to see how we can mitigate it and do the best we can to make, in some cases, hopefully improvements to situations.”

In particular, the council is putting considerable resources into attracting investment and creating opportunities in the vicinity of the Interchange Station.

With the airport, NEC and major employers like Jaguar Land Rover all based in a relatively small area, the arrival of a high-speed rail link to and from the capital is, the council believes, going to add to the area’s appeal.

At the meeting, Cllr Courts outlined the work that had already been done to maximise the benefits for both Solihull and the wider region.

“[We want to] ensure that the overall design of the station, the master-planning of what we call the triangle of land where HS2 is to sit, is used for something more beneficial than a parking lot.”