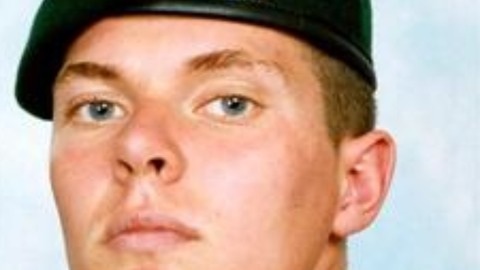 An elite Royal Marine from Solihull on a special forces “escape and evasion” training exercise in Wales died after falling more than 100ft down a steep gorge at night, an inquest has heard today.

25-year-old Ashley Hicks, who was described as “exceptionally capable,” was leading a six-man team in October 2012 and stepped over a dry-stone wall.

The gorge wasn’t shown on maps used by soldiers and in the darkness they hadn’t realised the danger.

Giving evidence from behind a screen at Caernarfon, a fellow marine known as “Soldier A” described how teams were practising the skills they had been taught to survive in the wild and evade an enemy force. It was part of the selection process for a specialist military unit.

As Marine Hicks stepped over the wall, Soldier A, the patrol commander, said the marine warned: “It’s getting steep here so mind your footing.”

But Soldier A said: “Within a few seconds he slipped and had fallen down. There was the sound of him hitting the bottom of the gorge.”

Soldier A and a colleague climbed down to him while the rest of the patrol activated emergency beacons. Soldier A said: “He was slightly responsive, but barely. He was conscious but slipping out of consciousness.”

Eventually marine Hicks stopped breathing and was given CPR before an RAF rescue helicopter reached the scene.

Soldier A said: “The gorge was flanked by thick woodland. It was difficult to get the winch down into the location because of the treetops.”