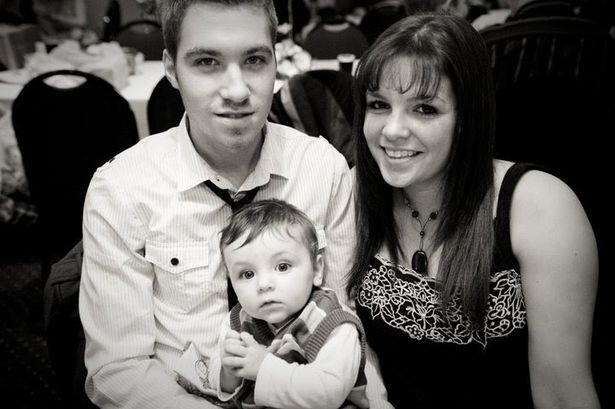 The devastated partner of a young Solihull dad vowed to fight for “justice” after an inquest ruled that ‘hospital failings’ contributed to his death.

Thomas Cooper had been receiving treatment for psychosis at Solihull Hospital’s Bruce Burns mental health unit when he choked on his vomit in the early hours of 12th January 2012. He was just 22 years old.

Birmingham and Solihull coroner Louise Hunt told an inquest that staff had failed to review his medication following admission, which was “inappropriate”. She said an anti-psychotic drug called Clozapine probably caused his death.

Mr Cooper’s girlfriend Nicola – the mother of his three-year-old son Jack – welcomed the conclusion but vowed to continue her battle for “truth”.

“I was shocked, it was completely out of the blue,” said the 26-year-old nurse, who lived with Mr Cooper in Westcote Close.

“You go to bed thinking you’ve left him in safe hands – it was devastating. There was no explanation as to how he died, we never had a clear answer of how it happened. It’s been hard to hear he would still be here if not for those mistakes. Thomas was lovely, caring and very family orientated. He was a brilliant dad to Jack. It’s very difficult. Jack still asks where his dad is.

“I say: ‘Daddy is in the stars watching over you now’.”

Nicola, who changed her surname to Cooper and now lives in Sheldon, is taking legal action through law firm Irwin Mitchell.

Birmingham and Solihull Mental Health NHS Foundation Trust, which runs the unit, said changes had been made since Mr Cooper’s death. A spokesman said a new system had been put in place to ensure patients underwent a review of their medication by a psychiatrist on admission.

“In the light of the inquest findings, we will be conducting a further review of our previous serious incident report in order that we can fully learn from this incident,” he added.

“Our thoughts are with Mr Cooper’s family at this difficult time.”