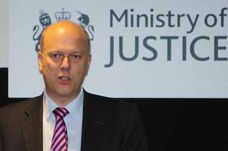 Speaking on a visit to drug and alcohol charity Welcome in Chelmsley Wood, the MP said the decision to cease criminal cases in Solihull last January had freed up the court to offer more civil suits and tribunals.

“We haven’t, barring two or three redundant courts in the last few months, closed any courts across the country,” he said. “What there has been is a decision taken by local justice committees, to reorganise the way they carry out cases.

“Quite often you’ll find a magistrates court which sees its criminal case load move somewhere else but instead it starts to do more civil cases.

“Now very often, it can be the case that actually there are more law abiding citizens who need access to the civil courts within a community than there are those who have to go in for criminal court purposes.

“It’s not about closing courts, it’s about making sure we use the courts as effectively as possible.”

Mr Grayling was in the borough to celebrate the partnership between the NHS and Welcome, part of the Solihull Integrated Addiction Services.

“What we’ve got here is a really good integrated project with a whole variety of different areas of support for drug users and alcohol users,” he said.

“Whether it’s providing the basic services like needle exchanges, or the kind of support you need to get into rehab and to begin to turn your life around.

“We’re very keen to see these developments. This is a partnership between the National Health Service and voluntary sector groups and that’s something we want to see more of, we encourage partnership working across the country really.

“For me as Justice Secretary, it’s clearly making a positive difference to offenders as well.”

The minister has recently become embroiled in a row over his controversial decision to ban books being sent to prisoners.