Karl Loxley lives to fight another day on The Voice 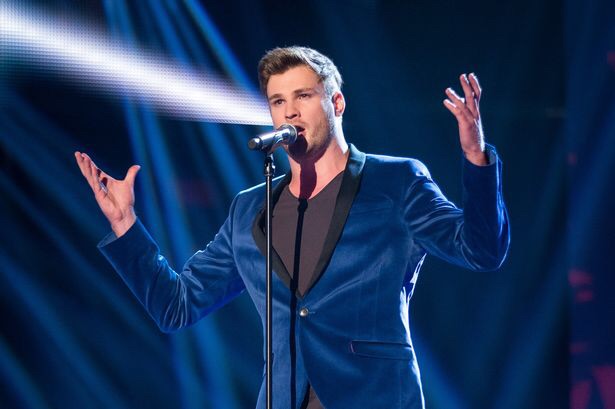 The classical singer looked set for an emotional exit on the BBC talent show as mentor Will.i.am decided to put Lucy O’Byrne through to the next round following their singing battle.

However, the 24-year-old from Balsall Common, was given a lifeline by Welsh legend Sir Tom who used up one of his ‘steal’ options to nab Karl for the next round.

The battle stage saw the hopefuls paired up by their celebrity mentor for a duet, before each judge decided who they would take through into their final six acts.

And following Karl and Lucy’s stirring rendition of Memory from the musical Cats, it was Lucy who was given the nod by Will.i.am before Sir Tom came to Karl’s rescue.

Karl said: “I was happier with my battle performance than my blind audition and I think that was because it was a musical theatre song which is what I’m used to doing, rather than opera.

“Nessun Dorma was just about standing there and singing it, whereas this was more about performing and showing a different style to my voice.

“I knew there was one bit where I could really belt it out and overpower Lucy, and there was a part where she could have done the same, but we didn’t as that’s not what we wanted to do.

“The coaches picked up on that and said it was a proper performance. We knew we had done a good job so I was happy with that.

“Will.i.am made his decision and I thought if this is meant to be my time then it will be and before I knew it Tom Jones was talking to me and everyone was chanting ‘steal’ at him.

“One woman was going crazy in the crowd and I was thanking her and then suddenly Tom stole me. That was nice as I had thought all along if someone would pick me, it would be him.”

While making his decision on which of his acts to put through on Saturday night, Will.i.am told the pair: “You should be proud – that was better than the rehearsal. This is hard.

“I wish I had paired you different so you could both go through. Lucy you said you are an usherette at an opera house and they don’t even know you sing. Lucy, you are no longer going to be the usherette, you’re going to be the star.”

Karl Loxley will be performing at the Belgrade Theatre in Coventry for a ‘Sounds of the 60s, 70s and 80s soul and jazz night’ on Friday 6th March. Tickets are available from: www.belgrade.co.uk