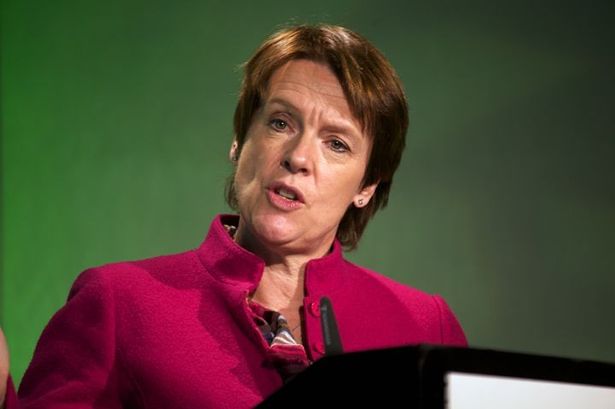 The former Cabinet Minister said she applauded banks which were introducing a positive discrimination system to try to end the male domination of their industry.

Speaking in the House of Commons, Mrs Spelman also warned that the Midlands was lagging behind other parts of the country in terms of the number of women in work.

Nationally, women make up 46 per cent of the UK workforce, according to the Office for National Statistics, but only 20.4 per cent of directors in FTSE 100 businesses, the 100 highest-valued companies listed on the London stock exchange, are women. This is up from 12.5 per cent in 2011 but women are still under-represented.

Ministers are already considering whether discrimination in favour of female candidates should be allowed and Business Secretary Vince Cable has asked the Equalities and Human Rights Commission about the legality of imposing all-female shortlists for top jobs, as part of a push to get more women on to the boards of major companies.

John Cridland, Director-General of the CBI, has also urged firms to set targets for women in top positions, and banks including Barclays and Lloyds have announced plans to increase the proportion of senior positions held by women.

Leading a Commons debate on the contribution of women to the economy, Mrs Spelman said: “I applaud moves such as the one by the chief executive of Barclays, who is introducing quotas for women within his company, so that women get a really good opportunity to be represented in the higher-paid echelons of the banking business. I wish that we saw more of that.”

In the UK, more women are working than ever before – but they are still under-represented in top jobs and the West Midlands is lagging behind, she said.

She said: “The number of female entrepreneurs in this country is about half the number in America. If we are talking about growing the economy, would we not solve our economic problems at a stroke if more women were encouraged to create companies, wealth and jobs?”