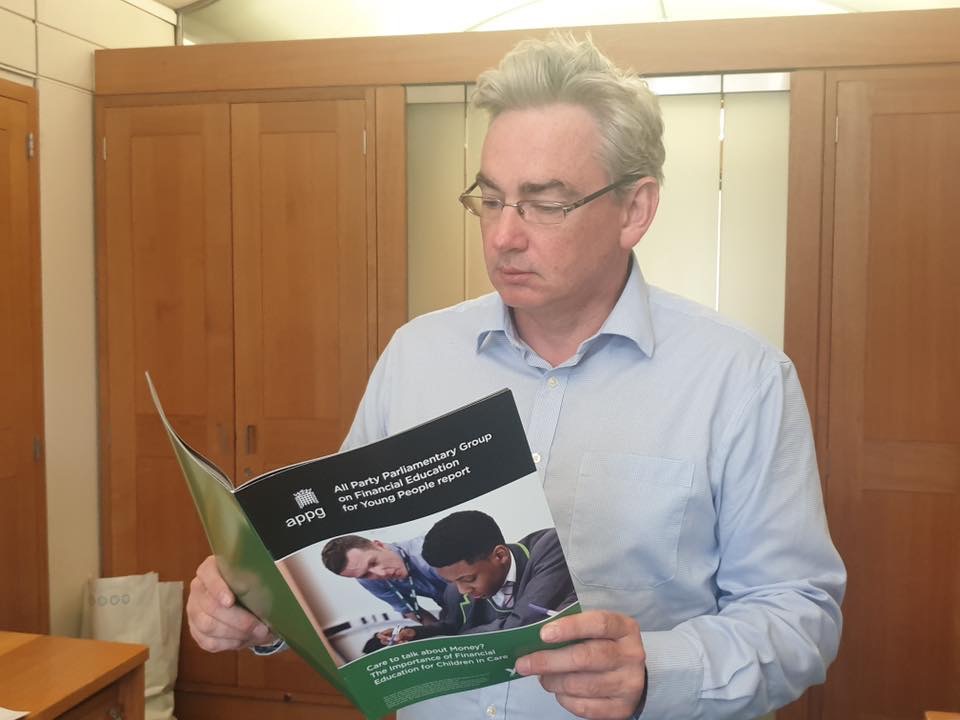 Solihull MP Julian Knight has welcomed the publication of a ground-breaking new report into the state of financial education for children in the care system.

It examines how the current system sees thousands of children passing through the care system without being adequately equipped to handle their finances when they become independent. This shortfall has a huge impact. As of 31st March 2018 there were 75,420 children in care in England, including those in foster placements, children’s homes, semi-independent living arrangements and secure units.

Moreover, young people in the care system need financial skills even more urgently than other children. They leave care and reach independence from age 16, and become fully independent at 18 – an age at which 90% of the general population are still living at home.

However, the report finds that the vast majority of these children are not provided with sufficient preparation during the course of their education or in the years shortly following independence to enable them to manage their money, for example: how to budget, pay household bills, saving – a crucial skill for adult life.

The APPG found this particularly concerning given that children in care are in danger of being drawn into crime, or find themselves victims of fraud or identity theft.

Mr Knight has taken a close personal interest in such issues ever since being returned to Parliament. As a former personal finance journalist for the Independent and the BBC, he has seen up close how individuals and families can suffer for not being equipped with basic financial skills.

In addition to his work with young people he was also previously the Chair of the APPG on Alternative Lending, and gave the opening speech on a major piece of anti-fraud legislation.

Julian Knight MP said: “Each year, thousands of young people leave the care system with little or no experience or understanding of how to manage their day to day finances.

“Required to navigate a range of complex requirements and daily tasks such as paying rent, bills, buying household supplies and budgeting for food and transport – often with limited means – they can find themselves unable to cope and can easily get into debt, or – at the worst – at the whim of criminal gangs.

“It is essential that the Government takes urgent action to make sure that young people leaving care are equipped with the skills they need to live independently and fulfil their potential, and our report offers ministers a clear set of recommendations for so doing.”

The full report can be viewed here: https://www.young-enterprise.org.uk/appg-financial-education-for-children-in-care-report/