Man appears in court charged with the murders of his parents 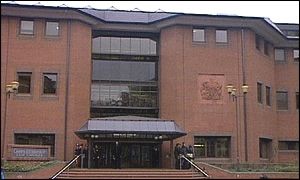 A man has today (Monday 13th October) appeared in court charged with the murders of his parents in Solihull earlier this year.

The 23-year-old was arrested after the bodies of Pin Chang, 58, and Quoi Chang, 50, were found at an address in Hermitage Road on 7th July.

He was remanded into a secure mental health facility and will next appear at Birmingham Crown Court on Wednesday 17th December.