Man sentenced for rape after being caught by his own DNA 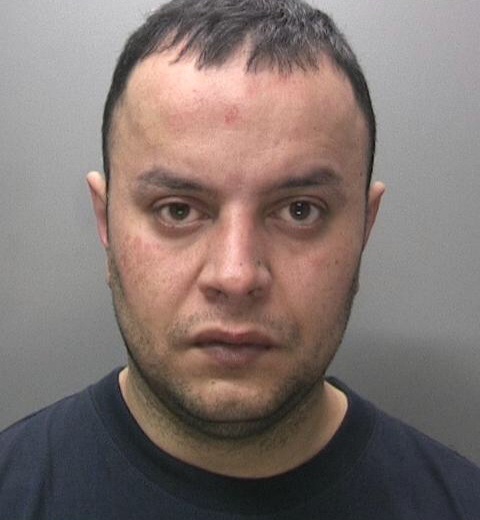 A man who raped a 71-year-old woman in her Solihull home has been jailed for 13 years after being caught by his own DNA.

Irshad Hussain was arrested just five days after the attack when forensic evidence at the scene matched his DNA – which had been recorded on the national database following a theft in 2003.

The woman was at home on 28th October 2012 when Hussain knocked on her door and forced his way into her address. He then subjected her to a terrifying ordeal, pushing her upstairs where he raped her.

Police were called the following day and forensic examinations at the house found Hussain’s semen on the victim’s bed. A sample was sent off to the DNA database on 1st November and the next day, a match was made with Hussain, who was then arrested on suspicion of rape.

During his trial, Hussain claimed he was innocent, making out the victim was keen on him and the sex was consensual.

“In reality, nothing could be further from the truth,” said Detective Chief Inspector Dean Young from the force’s Public Protection Unit, “from his work in the area as a traffic warden, he became aware of the woman and her vulnerabilities.

“He then preyed on her and seized his opportunity to take advantage of her, abusing his position of trust in the community.”

On Friday (25th September), he was sentenced to 13 years in prison for carrying out the rape. Judge Paul Farrer also ordered Hussain to be placed on the sex offender’s register for life and the subject of licence conditions on release.

Det Ch Insp Young added: “We are satisfied with the sentence handed to Hussain, which reflects the serious nature of this offence.

“The victim has understandably been affected a great deal by what has happened. Her health has now deteriorated and she has lost her independence, becoming more reliant on family members as a result.

“I would like to commend the victim and her family for the dignity and bravery they have shown throughout the trial. I hope the sentence provides some reassurance for them and gives other victims of sexual violence the confidence to come forward and report matters to us.

“While we are confident our inquiries would have led us to Hussain, the speed at which we were able to take him off the streets and prevent him from targeting other vulnerable people, was only possible with the help of DNA profiling.

“In its thirtieth year, this case demonstrates just how important DNA profiling has become in bringing offenders to justice and protecting people in our communities. “