Mayor meets those recognised in The Queen’s Birthday Honours List 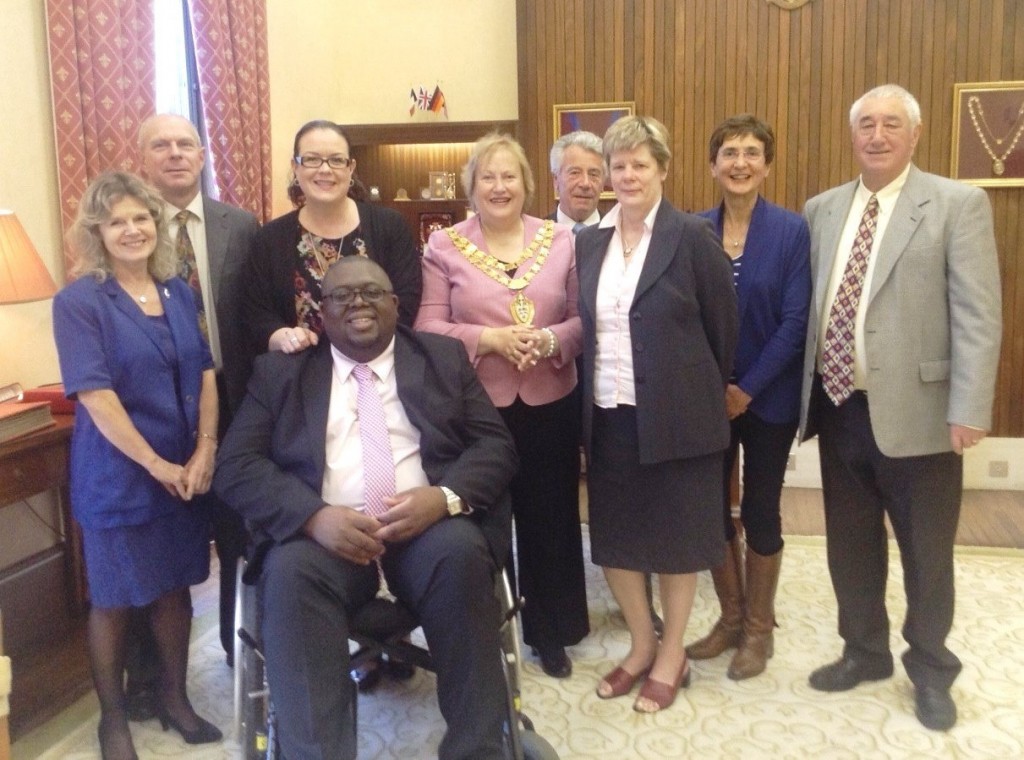 The Mayor of Solihull recently met with four people from the borough who were recognised in The Queen’s Birthday Honours List.

The four Silhillians were invited to meet the Mayor, Councillor Mrs Kate Wild, in the Mayor’s Parlour of Solihull Council’s Civic Suite.

John Flanner, from Solihull, has received an MBE for his services to Diversity and Equality. John lost his sight at the age of 19 but has since worked to become a successful public speaker, author and counsellor and includes the late Nottingham Forest Football Club manager Brian Clough amongst those he has helped. John speaks on average 200 times a year with the aim of delivering inspiring and encouraging speeches to his audiences. John also works for Her Majesty’s Revenue and Customs where he works with members of staff to encourage positive work attitudes.

Clenton Farquharson, from Olton, received his MBE for services to people with Disabilities. Clenton is co-chair of the ‘Think Local Act Personal (TLAP)” partnership as well as being co-chair of the ‘Making it Real’ subgroup, the ‘National Co-production Advisory Group’ (NCAG). As well as this Clenton is a member of Equality 2025 and is involved with giving strategic, confidential advice to the government on issues affecting people with disabilities.

Collette Thompson, from Solihull Lodge, received her MBE for her services to Netball. Following a successful playing career, which lasted thirteen years and saw Collette win 89 caps, the Solihull Lodge resident has been heavily involved with coaching Netball on a national level. Collette was the England coach at last year’s World Youth Netball Championships and returned as assistant coach at this year’s games in Glasgow.

Following the meeting the Mayor said, “As Mayor and on a personal level, it is a great pleasure and privilege to meet individuals who have given so much to their communities and to the country.”